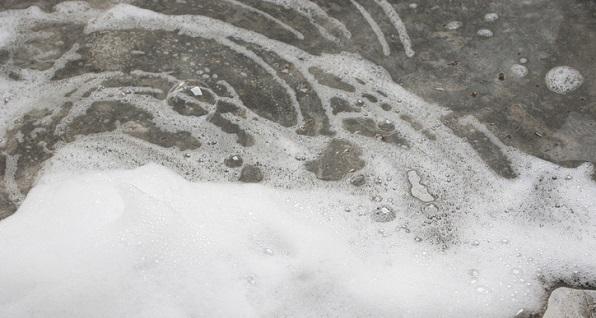 I just finished the book Be a Hero. It was a very good book, full of useful information about how to successfully survive an active killer attack. There was one section, however, with which I profoundly disagree. The authors talk about setting off fire alarms, breaking bottles full of slippery liquids in hallways, and activating building sprinkler systems to slow the killer’s progress. The book actually states:

“Wet floors are slippery floors. The active shooter will be slowed down by the water on the surface. These effects may only be marginal, but they will be significant.”

I’ve already written about why it’s a horrible idea to set off fire alarms in an active shooter situation. Unfortunately, now I must discuss the dangers of making the floor slippery. It’s a really dumb idea.

I’m all for doing whatever you can to slow a killer down as he moves through a building hunting for targets to shoot. Slippery stuff on the floor might slow down a killer enough to have a positive effect on the scenario. Unfortunately, pouring soapy water on the floor will also hinder two other populations of people trying to move in a scenario like this…the victims and the cops.

I’m going to ask you all to put your thinking caps on and answer the following questions:

In an active killer event you have three different groups of people, the killers, the victims, and the first responders. Of those three populations, which group needs to be able to move the fastest? Which group can accomplish its goal with minimal movement? Whom are you harming by pouring slippery stuff on the floor?

The killer armed with a gun has the ability to project force at a distance. He doesn’t need much movement to kill people. All he has to do is find a group of victims and start firing. From a stationary firing position in a classroom, office, or hallway, he can mow down dozens of victims without a need for much movement.

Additionally, most active killers have historically been young and fairly fit males. Victims have ranged from small children to elderly and handicapped folks. Which population is most likely to be slowed by water on the floor? A fit male can make his way across a slippery floor far easier than an elderly person or someone on crutches.

The final population you are affecting is the group of cops and medics who will be responding to the scene. The cops will be moving as quickly as possible trying to locate and engage the killer. Do you want to slow them down? Historically, these active killers have continued shooting until they encounter effective resistance. At that point, they tend to surrender, flee, or kill themselves. Unfortunately, until more schools and workplaces employ armed staff, the most likely source of “effective resistance” is going to be the responding cops. Anything that delays police response will increase the number of bodies the killer racks up.

After the killer is neutralized, we still have the problem of treating and evacuated the wounded victims. The slippery floors don’t magically become clean once the shooting stops. How would you like to be the medic carrying a critically injured patient on a litter over slippery floors? Every time those medics fall, a patient has a chance of dying. Slippery floors delay the medical response and will likely increase the casualty rate.

The bottom line is this: Slippery floors MIGHT slow down the killer. They will DEFINITELY hinder victim escape, slow police officers closing in on the killer, and delay medics trying to evacuate the injured. Don’t spill slippery stuff on the floor of an active killer scene. You will be doing more harm than good.