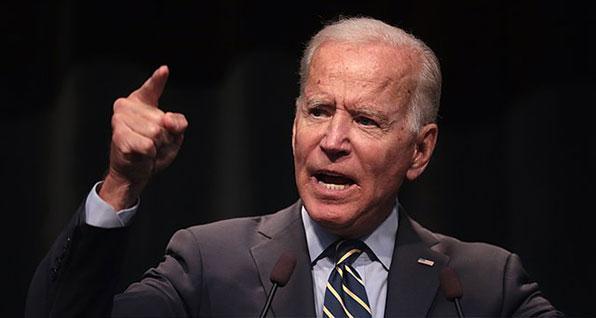 "The Constitution shall never be construed to prevent the people of the United States who are peaceable citizens from keeping their arms." ~Samuel Adams, American Statesman and Founding Father

The importance of Heller, McDonald, and Bruen cannot be overstated. These cases, together, establish the Court's recognition of;

The existence of and maintenance of a free Constitutional Republic is impossible without a well-armed citizenry.

To understand where we are at the start of a new year, we must retrace our steps back to 2020. Biden and the Democrat Party will up the ante in their attack on the Second Amendment. That is indisputable. In 2022, this assault on the right to armed self-defense against the predatory beast, predatory man, and, worst of all, predatory Government became manifest.

In early February 2021, we pointed out, in our article titled "The Biden Plan for the Political and Social Remaking of the American Landscape," that—

"During his first two weeks in Office, Joe Biden signed over 40 executive orders or similar executive edicts. And he isn't done. A few days into February, and we can expect to see 50 or more Presidential executive orders and other edicts." This is unheard of.

For comparison, we pointed to a news report published in February 2021, positing that,

Apparently, Biden and the puppet masters who control him would waste no time reversing the gains Trump had made in setting the Nation back on course, consistent with the aims of the founders of our Nation: To maintain a strong and independent, sovereign Nation-State, and free Constitutional Republic.

The Deep State Cabal have reverted to their agenda, set in motion by George Bush and Barack Obama, aimed at dismantling a free Republic and eliminating the exercise of Americans' natural law rights through which the citizenry maintains its lawful sovereign authority over the Nation and Federal Government, and over its own destiny.

Also, in that February 2021 article, the reporter pointed out that—

"The twin issues of 'guns' and 'gun violence' will be much discussed in the weeks and months ahead. That much is certain.

Will Biden sign an executive order banning assault weapons' and will he sign a flurry of other antigun laws as well, not bothering to wait for Congressional enactments?

Don't think this is improbable. In fact, with all the banter of gun-toting 'white supremacists' and right-wing 'domestic terrorists' and with thousands of National Guard troops camped out in the U.S. Capital, and with the constant denigration of and growing suppression of conservative dissent, something is definitely afoot. In fact, the Democrat Party propaganda machine is in overdrive. The propagandist newspaper, NY Times, for one, has laid the groundwork for an assault on 'guns.'"

Our remarks and those in the news article were prescient.

In June 2022, due to Congressional Democrats and scurrilous Congressional Republicans, Biden "signed into law into law the first major federal gun reform in three decades, days after a decision he condemned by the Supreme Court expanding firearm owners' rights." See the article in Reuters.

Dutifully, compliantly obeying the orders of his Administrative nursemaids and caretakers, who themselves take orders from shadowy, sinister forces from on high, the Biden puppet also took aim at the millions of civilian citizens who own and possess semiautomatic weaponry and components of the weapons.

But what is especially important here is a remark Biden conveyed to the Press, as reported by Reuters, in that same June 2022 article.

"'The Supreme Court has made some terrible decisions.'"

The demented fool probably didn't know what specific U.S. Supreme Court cases his caretakers ordered him to refer to. No matter. All Americans should know. And America's Patriots do know.

One was Dobbs vs. Jackson Women's Health. Dobbs. The other was NYSRPA vs. Bruen. Both decisions are essential. But the latter is much more critical. The latter case pertains directly to the security of a free State. The former does not.

NYSRPA vs. Bruen is the latest in a Supreme Court jurisprudential "trilogy" of seminal Second Amendment cases. Yet, the Biden Administration and some State Governments have openly defied the U.S. Supreme Court and, worse, have openly demonstrated visible contempt for the High Court.

At both the Federal Level and State Level, powerful malevolent and malignant forces have directed their assault on America's Second Amendment. Biden and New York Governor Kathy Hochul are the public faces behind shadowy orchestrators, passing along orders surreptitiously to their puppets.

Our Free Constitutional Republic is in dire jeopardy.

New York State Government and actions of other States since Bruen demonstrate all the fervor, ferocity, and audacity of those State governments to go their own way, blatantly disregarding Bruen as they disregarded Heller and McDonald. This has resulted in a plethora of new litigation against the States by Americans who desire only to exercise their natural law right to armed self-defense.

The number of cases filed and progression of post-Bruen case law decisions in New York, alone, point to Americans' adoration of the natural law right to armed self-defense and to the extraordinary lengths they will go to compel rogue States to adhere to both the plain meaning of the Second Amendment and to those U.S. Supreme Court rulings cementing the Second Amendment in the American psyche.

About The Arbalest Quarrel:

Arbalest Group created 'The Arbalest Quarrel' website for a special purpose. That purpose is to educate the American public about recent Federal and State firearms control legislation. No other website, to our knowledge, provides as deep an analysis or as thorough an analysis. Arbalest Group offers this information free.