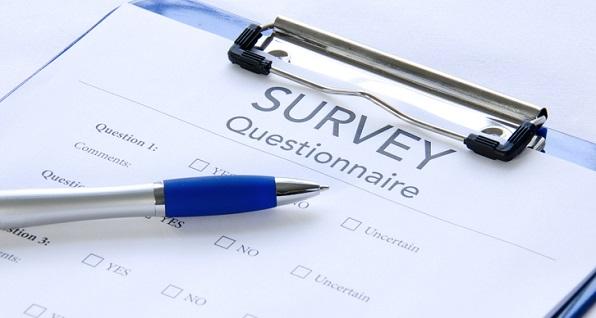 Every election season, we are bombarded with surveys and polls purporting to tell us what voters think and what their intentions are. The 2020 general election is no exception.

However, after the 2016 presidential election where polls appeared to confirm the near certainty of a Hillary Clinton win, who in fact went on to lose to Donald Trump, trust in the predictive power of polling has waned significantly.

So when Buckeye Firearms Association (BFA) decided to do our own election survey, it wasn't because we claim the ability to better predict the outcome of the election. We simply believe we can better interpret the thoughts and intentions of one segment of the population: gun owners.

Which candidates do you think have a realistic chance to win the election?

Survey responders overwhelmingly see Donald Trump (96.6%) and Joe Biden (36.3%) as the only candidates with a realistic chance to win. All other candidates come in at less than 1%. (Note that the percentages do not add up to 100 because survey takers could choose multiple options.)

In the end, which candidate do you think will actually win the election?

By a wide margin, responders believe Donald Trump (88.4%) will win the election over Joe Biden (10.1%). Again, all other candidates received less than a percentage point.

According to the RealClearPolitics National Poll Average (as of Oct. 7, 2020), 94% of those polled plan to vote for either Trump or Biden. About 3.4% plan to vote for third party candidates Jorgensen or Hawkins. Given how close election results may be, how concerned are you that third party candidates with virtually no chance of winning will act as "spoilers" and take votes away from Trump or Biden, one of whom will actually sit in the Oval Office and make policy that affects your rights?

We asked these first three questions to focus on the effect third-party candidates may have on the election. People often answer predictive questions with wishful thinking, so we encouraged responders to be “realistic” about who has a chance to win before asking for a prediction on the winner.

The third question then sought to gauge voters' concern about third-party candidates acting as “spoilers,” and the results are a little surprising. Given how close this election may be in several battleground states, we would have expected more concern about this issue. But clearly, almost 4 of 10 responders are not bothered by fellow gun owners who may throw potentially election-deciding votes to candidates who can't win.

Which of the following best describes the reason why you vote for a particular candidate?

This question is a direct follow-up to the previous question and is intended to help us understand whether voters are pragmatic or idealistic in their approach to voting. The results track broadly with voter concerns over third-party candidates.

Personally, I wish more gun owners were pragmatic. In my view, elections are not about who you are or an opportunity to virtue signal, they are your opportunity to influence the future and steer policy in the real world one way or the other.

Of those who have a realistic chance to win the election, which candidate do you believe will best defend your Second Amendment rights?

A very small segment of gun owners dislike Trump, distrust him on gun rights, and loudly voice their opinions on social media. However this survey result shows how misleading this noise can be. Social media amplifies the loudest and most contentious voices, while drowning out the silent majority.

Clearly, the vast majority of gun owners trust Donald Trump more than any other candidate to both win office and protect their gun rights.

Which of the following presidential candidates do you plan to vote for? Note: If you have already voted, by mail or in person, select the candidate you voted for.

This is the bottom line question. A full 93% of responders say they plan to vote for Donald Trump, 2.6% for Joe Biden, 1.3% for Jo Jorgensen, with 1.7% saying they are undecided.

I want to emphasize that these results are not intended to predict the outcome of the election. Gun owners are not all the same and don't all assign the same importance to gun rights. I even had one gun owner tell me he was okay with losing gun rights because he had other priorities.

However, as this survey shows, gun owners overwhelmingly care about their rights and favor Donald Trump for President.