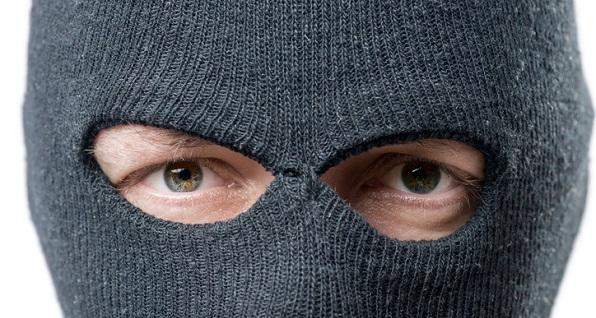 I once responded to a very unique call in my cop job. The details might generate some critical thinking on the part of my readers.

A woman and her infant child were parked outside a small electronics store on a busy thoroughfare in the suburban city where I work. She was waiting to provide a ride home to her sister and her best friend, both of whom were working in the store. Five minutes before closing, another car pulled into the parking lot. It was occupied by two men. She thought it was strange because it backed into a parking space facing the store and because it had no license plates, either front or back. Even though it was strange, the car was a Lexus and didn’t seem out of place in the wealthy suburb.

The woman watched as one of the men entered the store while the other stayed in the car with the engine running. The man in the store asked some unusual questions about a remote control, looked around the store thoroughly and then left a couple minutes later without buying anything. He returned to the parked car and sat down in the passenger seat.

The woman, still unnoticed by them men, watched as the two men in the car pulled ski masks down over their faces and got out of the car together to walk into the store. The woman realized she was witnessing a robbery going down. She wanted to protect her sister and best friend inside, but didn’t want to endanger her infant child in the back seat.

If you were the woman watching, what would you do?

The woman told me that she couldn’t live with the thought that her sister and friend could be killed. She took a risk. She simultaneously turned on her car’s lights and called her sister on her cell phone. The robbers saw that a witness was watching them and was calling someone. That was enough to stop their attack. They ran back to the car and sped away.

Everything turned out fine. The store wasn’t robbed and the witness (and her child) weren’t harmed. But did the woman make the right choice? What else could she have done?

Calling her sister on the phone led to some unanticipated chaos and a delayed police response. The sister inside the store was new to that location. She didn’t know where the non-emergency police numbers were written down. The store employee said she didn’t know if it was appropriate to call 911 for such a situation and she couldn’t find the non-emergency police number.

Instead of calling 911, she called her store manager, who then called the non-emergency police number from home. By the time we got the call, the robbers were long gone.

Don’t be afraid to call 911! Get the police on their way as quickly as possible. Anytime there’s a serious crime in progress or a likelihood of injury, 911 is the appropriate number to dial. It would also be a good idea to write down any essential numbers near your home or business land line phone. It will save critical minutes if you don’t have to look up the number you need.

Besides calling 911 instead of her sister in the store, what else should the woman have done? I think she is heroic for turning on her lights and alerting the robbers, but that course of action could have led to tragedy. The woman was unarmed. If the lights didn’t disturb the robbers, there was nothing that she could have done to stop the robbery. Any further action would only endanger her and the child. Maybe turning on the lights as she drove away would be a better option? If the lights would deter the robbers, they would still see them as the woman drove away. But driving away would put her in a safer position relative to the robbers.

I don’t know what the “best” course of action would have been. I think that I would have driven away if I were in her spot, but you might feel differently.

Most of my readers carry guns. What would you do here if you were carrying your pistol? Would you leave your infant child to protect your sister and friend? Would you willingly engage the two robbers knowing that you are certainly outnumbered and likely outgunned? Would you go into the store guns blazing or would your pretend to be unarmed until you could get a better handle on what was happening inside?

All of these are questions to consider. There are no “right” answers. Each person will likely respond differently depending on skill level and motivation. I encourage you to think through this scenario and find your own “right answer.”