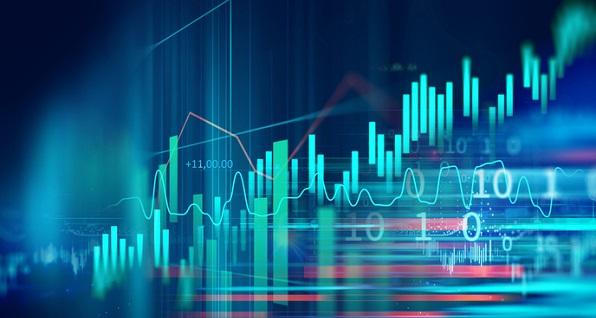 Since leading anti-gun researchers acknowledged no connection between the 2020 surge in firearms sales and violence, unscrupulous anti-gun advocates must cite underwhelming statistics as meaningful evidence.

That’s what The Trace did, in an article written in collaboration with FiveThirtyEight. We’d expect a more sophisticated analysis from FiveThirtyEight, but this is what Nate Silver’s outfit gave the world:

Ominous, right? The operative word here is “suggests.” They can’t use anything stronger because this is a very rudimentary analysis – there is no identification of causality. There is no actual statistical test to even indicate an association between the two variables.

Bloomberg’s activist-journalists looked at ATF reports showing the number of firearms traced broken out by the time between retail sale and tracing. They report that the number of firearms traced within a year of retail sale increased significantly from 2019 to 2020. The so-called journalists try to humanize the data by pointing to a pair of examples, developing the strongest emotional levers they could muster. Those cases are, of course, awful but are unlikely to be representative of all such traces.

That is eleven-one-hundredths of a percent to three-tenths of a percent. Naturally, that means that 99.7% of firearms are not traced within seven months of their acquisition.

The Trace turned to Julia Schleimer, a researcher at UC Davis, for comment. Readers may remember Ms. Schleimer as the lead author on published research that found no association between so-called “excess gun sales” in 2020 and violence. Schleimer, who holds a Master of Public Health degree from Columbia University, told The Trace that, “Overall, I think we can say that the gun sale surge may have contributed to a surge in crime.” She did go on to say that other factors related to tracing may be solely responsible, but can you imagine a researcher more ready to accept something that contradicts their own work?

Schleimer may be on to something with her follow-up thought. Increases in tracing could be attributed to any number of factors. Perhaps more law enforcement officers and staff had time at HQ to process traces in 2020. Maybe there was a new or renewed emphasis on tracing firearms.

The ATF claims that the National Tracing Center is only authorized to trace a firearm for a law enforcement agency involved in a bona fide criminal investigation. This sounds very official, but gun owners across the country have heard stories of police running a trace on a firearm during a traffic stop. The ATF provides trace counts by category, which one may consider the reason for the trace.

The Trace and others refer to traced firearms as “crime guns” but the firearms traced are not all found at gritty, inner city crime scenes. Some (5,683) are traced during a traffic offense. Another 8,400 traces were related to “health – safety,” whatever that means, and nearly ten thousand were related to suicides or suicide attempts.

The full breakdown by category is available as a download on this page.

Crime is a real problem. Want to take the kids to visit San Francisco or New York City? Didn’t think so. Bank of America executives told staffers to avoid making themselves a target in New York City by the way they dress. We remember a time when the way someone dressed wasn’t an invitation to commit a crime.

There are larger questions to be explored about law enforcement strategy and policing, community relations, and economic stressors. The Trace acknowledges near the end of the article that “In several of the past 10 years, gun sales spiked without proportional increases in short time-to-crime recoveries; likewise, gun sales frequently dipped while recoveries were on the rise.” In other words, increases in sales are not a predictor of the number of recently acquired firearms police will recover and trace.

Seems like The Trace knows the ATF data does not suggest what they claimed it suggests. Maybe they just wish it would.