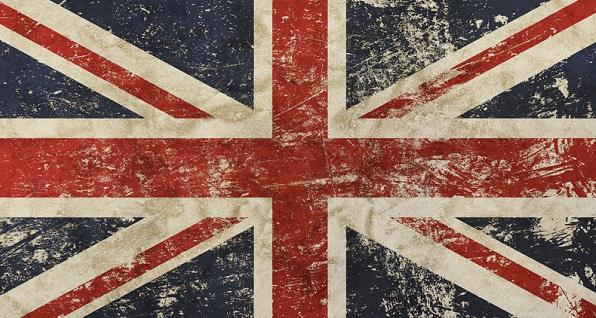 If you thought endless COVID-19 orders and lockdowns were enough to satisfy the United Kingdom government’s totalitarian impulse, think again. Even as millions of Brits are losing their livelihoods, the busybodies in Her Majesty’s Government are hard at work looking for new ways to diminish their rights through gun control. With the UK already home to some of the most draconian gun control in the world, the so-called “Conservative” government has now set its sights on further restricting antique firearms and air guns.

Further, civilians are prohibited from possessing semi-automatic rifles in any caliber larger than .22 rimfire. The civilian possession of handguns is prohibited in all portions of the United Kingdom other than Northern Ireland. Those in Northern Ireland may apply for Personal Protection Weapon license in order to carry a handgun for self-defense. The license is usually reserved for politicians, ex-law enforcement, and the otherwise well-connected.

Under the Firearms Act of 1968, a shotgun or firearm certificate is not required for “an antique firearm which is sold, transferred, purchased, acquired or possessed as a curiosity or ornament.” The statute does not provide a definition of “antique firearm.” However, the UK Home Office has issued guidance on what should fall under the definition.

In the April 2016 “Guide on Firearms Licensing Law,” the Home Office stated,

Old firearms which should benefit from exemption as antiques

Pre-1939 firearms to benefit from exemption as antiques are as follows:

(a) All muzzle-loading firearms;

(b) Breech-loading firearms capable of discharging a rimfire cartridge other than .22 inch or .23 inch (or their metric equivalents), 6mm or 9mm rimfire;

(c) Breech-loading firearms using ignition systems other than rimfire and centrefire (these include pin-fire and needle-fire ignition systems, as well as the more obscure lip fire, cup-primed, teat fire and base fire systems);

(d) Breech-loading centrefire arms originally chambered for one of the obsolete cartridges listed in Appendix 5 and which retain their original chambering;

On November 9, the Home Office published “Proposals for implementing legislation to define antique firearms.” The document outlined the government’s intent to adopt a definition of “antique firearm” by regulation to replace the current guidance. For the regulation, the government used the current Home Office guidance as a starting point. However, the regulation changes the current guidance in a manner that will further encumber the owners of thousands of historic weapons.

The regulation will eliminate the “antique firearm” exemption for pre-1939 firearms chambered in several calibers. According to the document, these chamberings include,

Following the change, those who intend to maintain possession of a firearm chambered in one of these calibers will be forced to obtain a firearms certificate. The government estimated about 26,000 firearms will fall under the new restrictions.

In a small concession to the gun collecting community, a current owner of a firearm chambered in one of the targeted calibers will not be required to provide justification for obtaining a firearms certificate. Further, a handful of previously unlisted obsolete cartridges will be added to the current Home Office guidance list in the final regulation.

The government also expressed its intent to convene a “reference group” to review and update the “antique firearms” regulation every three years. Given the UK government’s authoritarian inclinations, it would be reasonable for gun collectors to expect further restrictions on a triennial basis. In a government press release announcing the regulatory changes, Policing Minister Kit Malthouse made clear, “The UK has some of the toughest gun laws in the world - we will do everything in our power to make sure it stays that way.”

On November 24, the Home Office began the consultation process (akin to the U.S. regulatory comment period) on a handful of gun control proposals. These included new storage mandates for owners of .50 BMG rifles, increased regulation of certain times of small caliber and air rifle ranges, and further control of ammunition components. Chief among the potential gun controls are new restrictions on the use and storage of air guns. In announcing the consultation period, Malthouse mirrored his comments on the “antique firearms” regulation, stating, “Our gun laws are among the toughest in the world – we are determined to ensure they stay this way to keep the public safe.”

Under UK law, a firearm certificate is not required to possess or purchase an air gun. However, in Scotland an individual must acquire an Air Weapon Certificate in order to own an air gun.

This system permits parents to make decisions about how and when to introduce their teenage children to the shooting sports. It also allows for a parent to gauge the maturity of their own child and determine when, after the age of 14, it is appropriate for them to be trusted to use an air gun in an appropriate manner.

The Tories’ proposal would take this decision out of the hands of parents and replace it with a one-size-fits-all bureaucratic approach. The November 24 document noted, “We propose to remove the exception that allows young persons who are at least 14 years of age to have unsupervised possession of air weapons on private premises.” Under the proposal, teenagers would not be able practice target shooting with an air gun on their parents’ own property unless supervised by an adult. Further, the Tories propose to require that parents lock “the air weapon out of sight when not in use and storing the ammunition separately” whenever a person under the age of 18 is on the premises.

How better to ensure a future with fewer gun owners than to prevent the youth from being introduced to the shooting sports and responsible gun ownership in the first place?

Once again, the UK experience should serve as a dire warning for American gun owners. Anti-gun advocates and politicians’ desire to control others cannot be satiated. Therefore, any attempt at appeasement is folly.