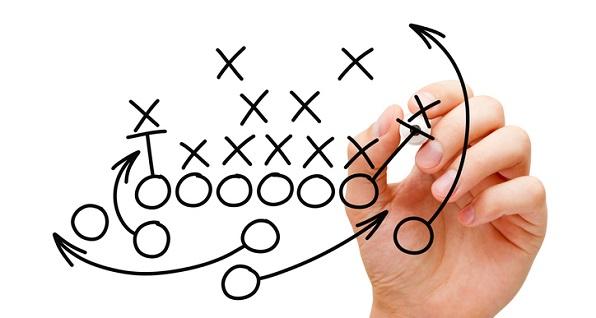 Many untrained people that own firearms for self-defense and the protection of their property — and some liberal politicians — believe that it is appropriate to fire a warning shot when confronting an intruder to give them a chance to “surrender” or run away.

Most self-defense experts think this is a bad idea for several reasons, among them:

Hardened criminals will not be intimidated by your “warning shot”. Many of them have been shot at before and many of them have been hit. They survived that previous encounter so they will not be concerned about the prospect of you shooting them. In addition, when you fire your “warning”, you will not have your gun pointed at the potential threat. If you are under the influence of the psychological and/or physiological effects of stress — and you probably will be — you will likely be experiencing tunnel vision. All the intruder must do is take a sidestep and draw their gun (if they don’t already have it in their hands) and you will lose sight of them long enough for them to shoot you. No, firing a warning shot is definitely a bad idea.

Using cover fire is something that is not talked about a lot in the context of an armed citizen’s response to a violent encounter. “Covering fire” occurs when you fire your shots in the direction of the assailant in order to force them to seek protection and keep their head down while you and/or others attempt to find cover or escape from the scene. It is also used to distract the assailant while someone else attempts to get into a better position to attack and subdue them. It is different than “direct fire” which is fired directly at an assailant in order to stop their attack. Direct fire requires that you be able to see the assailant when you fire every shot, while covering fire does not. When we discuss engaging an assailant in a gunfight, we are often reminded that we are responsible for every round that we fire and that “every bullet comes with a lawyer attached to it”. The idea is that hitting someone or something we do not intend to hit with one or more of our shots is totally unacceptable and carries significant legal, moral, and ethical consequences if we do. Thus, every shot we fire must be deliberately aimed only at the intended target and if there is any question regarding our ability to make that shot, we should not take it. This seems to run counter to the concept of covering fire.

Covering fire is not a new or unusual concept. It is routinely used by the military where it is sometimes referred to as “suppressive fire”. It is defined as “fire that degrades the performance of an enemy force below the level needed to fulfill its mission.” In practical terms it is often used to cover the withdrawal or advance of friendly troops by forcing the enemy to seek cover and disrupt their ability to engage those friendly troops with hostile fire. It is also sometimes used by law enforcement officers when they are assaulting a barricaded position where an armed suspect is located.

Are there situations where the use of covering fire by an armed citizen is appropriate? I think the answer is definitely “yes”! An example of this might be if an active killer is in the building you are in and is going around shooting people. Especially if they have superior firepower (i.e. a semi-automatic rifle like an AR-15 or AK-47) and you only have a handgun and you are attempting to escape (i.e., flee), you may want to shoot down a hallway in the direction they are coming from once you see them to force them to seek cover while you continue to move to an exit. While the killer is seeking cover, they are unable to fire accurate shots at you if they can fire at all. Of course, you wouldn’t want to do this if there are innocent people directly in your line of fire. (If they are, they are also probably at least partially blocking the killer’s view of you.) To make sure the killer stays behind cover while you move, you will need to fire additional shots in their direction, but you probably won’t be able to use direct fire because you will not be able to see them. While firing covering shots you may also allow others to escape with you.

Covering fire is very different from “spray and pray”, where a rapid series of shots are fired in the general direction of the threat without looking to see where your rounds are going. It is basically “undirected fire”. When “spray and pray” is used, all your available rounds are often expended in a couple of seconds, enabling your assailant to resume their attack while you attempt to reload if you have spare ammunition available.

While you are moving but before you have seen the assailant, you will probably want to keep your gun pointed in the general direction you expect the threat to appear from. That way you are prepared to fire once you see the threat. This is especially useful if you are trying to protect others by screening their movement. But it also could be dangerous if someone else sees your gun and mistakes you for the assailant, or if you encounter responding law enforcement officers. To them, anyone else with a gun in their hands is a threat!

Your ability to use covering fire will be entirely dependent on the circumstances you find yourself in. It will always be preferable to engage an assailant with direct fire, but you will not always be able to do so. Factors that must be considered include the presence of other people in the direction you might be firing in, what kind of “backstops” there are to stop any bullets that you do fire, the distance between you and the threat, the type of weapon(s) the assailant has, the availability of cover or concealment, and the presence of other people you are attempting to protect. You will need to weigh the risks associated with firing covering shots and those of not doing so. Remember, there are no absolutes, and that everything that you do has some degree of risk attached to it. In the end, your goal is to survive so you need to do everything possible to improve your chances of doing so.