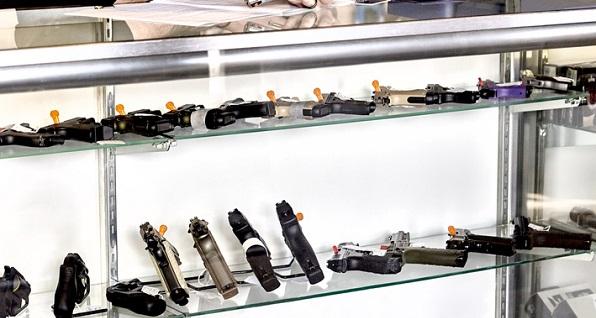 What is the Best Gun for Me?

It is a question every firearms instructor gets asked, often many times. Students look to their instructors as having considerable expertise and want their advice on what they should use for personal protection, concealed carry, home defense, etc. They are looking for a simple answer, but unfortunately the question requires a lot more information. What is “best” for you may be entirely different than what is best for me.

Just recently a friend and former student asked me just such a question, not for himself, but for his daughter and her husband. They had just recently bought a house in one of the less desirable neighborhoods of a large city. He also wanted to know where the best “home defense” training could be found. I am certified to teach “home defense” courses, but am I the best one to teach it? My ego says “yes,” but my logic says there are others much better-qualified to teach it than I am. My “home defense” experience is limited to the theoretical as I have never had to deal with a home invader, so I have no practical experience in the mat-
ter.

As to which gun would be best, I said that depends on many factors. What are they?

First of all is the type of gun. Should it be a rifle, shotgun, or a handgun? That depends on the ranges you expect to have to encounter a threat at. Rifles are best for longer ranges, typically 100 yards or more. Shotguns and handguns are for shorter distances, typically 50 yards or less.

Another factor is how far your rounds will penetrate through whatever they hit. Just about any round fired from a rifle, shotgun, or handgun will penetrate through multiple layers of the sheetrock that is used to form the interior walls of most homes. Bullets with higher velocities can easily penetrate through non-masonry exterior walls as well. Because of this you have to be concerned about where the rounds that you fire might end up — hitting a neighbor’s home, striking someone in another room or building, etc. You face considerable liability if you shoot a firearm and hit an innocent bystander.

If your home is located in a rural area, there is less of a chance bullets you fire will hit a neighbor’s home. It also means you may have to engage a threat at a longer distance as they can bring your home under fire from a greater range if their intent is to injure or kill you or someone in your home. Those distances get reduced if you live in the suburbs, where homes are located closer together. The shortest distances between homes is found in cities, especially large urban centers where multi-dwelling apartment buildings are the most common.

For now, let us ignore a threat that is outside of your home. Instead, they have managed to get inside. What is the longest distance you may have to fire a shot within your home? This could be across the largest room or down a hallway. For most homes this would be 10 yards or less.

How the interior of your home is laid out is also a factor. Is it “open concept” or is it broken up into numerous smaller rooms? Long-guns (rifles and shotguns) are more difficult to use in a confined area because of their length. This is where a handgun might be a better choice. However, handguns are more difficult to shoot accurately.

Ammunition capacity in your home defense firearm also becomes a factor. Hunting-style rifles typically hold 5 or fewer rounds. Semi-automatic modern sporting rifles (aka
AR-15s or AK-47s) hold 30 or more rounds in a removeable magazine. Depending on their type — single-shot, double-barrel, pump-action, semi-automatic— shotguns typically hold 1-5 rounds, more with extended tubular magazines but they can also increase the overall length of your shotgun. With handguns, you have two basic types to consider. Revolvers typically hold 5-8 rounds. Semi-automatic pistols can have 6-21 rounds in their magazines.

Do you need a gun that holds a lot of rounds to defend your home? That all depends on how good of a shot you are and how many threats you have to confront. You need to consider that your threat will probably not be stationary like the targets that you practice your shooting on are. They will likely be moving. You should also expect that the lighting conditions you have to shoot in will not be ideal. You may need a flashlight or weapons-mounted light if it is too dark to clearly see your target.

Where you place your home defense firearm is also an important factor. At a minimum, it should be located on the same floor of your dwelling that you are on. Getting to a gun on a different floor will take too much time. You need to be able to access it in around 10 seconds or less if a home invader has already gotten inside. If your home has multiple floors, and you spend time on each of them, you may have to position a firearm on each of them or carry a gun with you wherever you go as you move about your home — something the vast majority of people will not do.

Yet another factor is the condition you keep your home defense firearm in. Is it loaded or will you have to load it when you need it. Loading it when you need it takes time and to minimize that, you need to store the ammunition for it as close to the gun as possible. A magazine-fed semi-automatic firearm is the quickest to load — provided you have previously loaded the magazine(s) with the proper ammunition. If you keep it loaded, do you have a round in the chamber or not. Some types of guns lend themselves to keeping the chamber unloaded until you need to fire—lever-action rifles and pump-action shotguns for instance. Typically having a round already loaded in the chamber gives your gun one more round than it would otherwise have available for use, assuming you top-off you magazine after chambering a round.

Whether you have children or other “unauthorized persons” in your home will likely influence how you store your home defense gun and whether you keep it loaded or not.

Now we come to the best choice of calibers of ammunition for your home defense gun. Other than those chambered in .223/5.56mm and .22 Long Rifle/Magnum, rifle ammunition is typically too powerful for use in home defense situations. The 55-grain .223/5.56mm round is especially effective and does not overly penetrate because the bullet starts to tumble as soon as it hits anything. (The same is not true for the 62-grain “green tip” rounds.) However, .22 Long Rifle/Magnum ammunition is not very powerful and using it will likely require you to score multiple hits on your target to achieve the desired results, if they penetrate at all.

Shotguns are renowned for their “stopping power,” but the distance to your target will determine what type of shotguns rounds you will need. For targets at 50 yards or more, slugs are needed. Standard shotshells are good for targets 0-15 or 20 yards away because of the amount of “spread” the pellets have the further they travel from the muzzle of your shotgun. Buckshot is effective at 0-40 yards, but its pattern also spreads out as the distance increases. This can be mitigated somewhat by using a tighter choke in your shotgun barrel. Because of this pattern-spread issue, you will need to test the various types of shotgun ammunition you plan to use to determine what the various ranges are that it can be used at. When the pattern spreads beyond an 8-10 inch circle, it is time to switch to a different type of round.

Handguns chambered in 9mm Luger/.38 Special are often considered to be the minimum calibers for self-defense use, however none of the standard self-defense handgun calibers are that effective and there is little performance difference between them. On the other hand, rifles, especially carbine-length lever-action ones chambered in “pistol” calibers —.357 Magnum, .44 Magnum, .45 Colt—can be very effective as home defense guns. But remember, barrel length has to be a consideration when choosing a home defense firearm.

If you chose a handgun for your home defense use, it can be larger than what you would prefer for concealed carry use. Most likely you will not be carrying this gun on you, but rather have it stored in some appropriate place/quick-access security container.

Rifle and handgun bullets should be expanding hollow-point designs to minimize over penetration. (Again, an exception is the 55-grain .223/5.56mm round which is typically considered to be an FMJ design although it does have a very small opening in the nose.) Telescopic sights like those found on most hunting rifles are a distinct disadvantage when it comes to close-range shooting (15 yards or less). Instead, open sights, non-magnified red-dot optics, and laser sights are good options.

The sound created when you fire a gun in a confined space like inside of your home is yet another consideration. While “auditory exclusion” may be a factor in limiting the amount of hearing loss, others in your home may not be experiencing the same adrenaline rush that you are and thus may have their hearing temporarily or permanently damaged.

So, as you can see, the answer to what is “best” is not a simple one. You have to consider all of these factors, and perhaps even more, when it comes time to select a firearm for home defense use. Your instructor can certainly provide you with some advice, it this is best left to after class or during a long break as it will take some time for them to consider your particular circumstances and needs. Good luck!