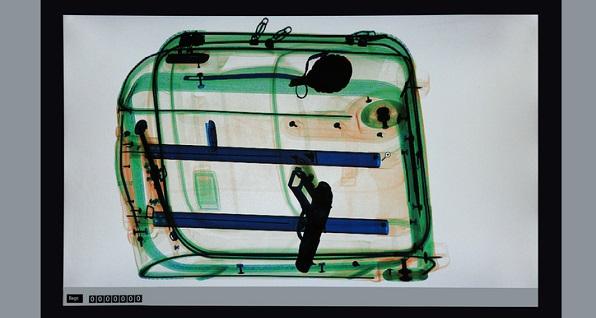 What is the most frequent mistake committed by concealed handgun license-holders? Forgetfulness.

I know I consume more firearms-related news than most people, but even with my over-consumption, I think it's safe to say that there are far too many reports of otherwise law-abiding citizens unknowingly taking their loaded firearms through airport security. Sometimes it seems like a weekly occurrence.

Consider these headlines just from the past month, and just from Ohio:

The number one problem that each one of these instances has in common is a lack of awareness - specifically the concealed handgun license-holder's lack of awareness on where his or her firearm is at all times.

This problem often comes about when a person is employing an off-the-body carry method - i.e. keeping the loaded, concealed firearm in a briefcase, backpack, shoulder bag or purse.

A CHL-holder should NEVER be unaware of where his or her gun is located, and it is much easier to forget about your firearm when you have it stowed in such a container. (We won't take but a moment in this article to consider the fact that a forgotten firearm can offer no self-defense benefits whatsoever!)

The problem is compounded into civil or criminal liability when the forgotten firearm is stored in a container that is left behind or stolen, or that, should they need to fly, the CHL-holder may well decide to use as a carry-on.

The NRA-ILA says it well, "Gun owners are strongly encouraged to double-check all baggage, even when not traveling with firearms. This is particularly important if bags also serve as range bags or are used to transport firearms and/or ammunition at other times. Inadvertently leaving ammunition or a firearm in a carry on bag will result in serious delays at security points and potential civil or criminal penalties."

Indeed, the TSA has the right to issue a $3,000 to $13,910 civil penalty to travelers who have loaded guns and gun parts with them at a checkpoint. Civil penalties for bringing a handgun into a checkpoint can stretch into thousands of dollars, depending on mitigating or aggravating circumstances.

Want to carry a firearm during air travel the right way? Here are some tips from an article posted on our website back in 2016:

The trick is simply to follow the rules outlined by the Transportation Security Administration:

You may transport unloaded firearms in a locked hard-sided container as checked baggage only. Declare the firearm to the airline when checking your bag at the ticket counter. The container must completely secure the firearm from being accessed. Locked cases that can be easily opened will not be accepted. Be aware that cases that are supplied when purchasing a firearm may not be appropriate for securing the firearm when flying.

United States Code, Title 18, Part 1, Chapter 44, firearm definitions includes: any weapon (including a starter gun) which will, or is designed to, or may readily be converted to expel a projectile by the action of an explosive; the frame or receiver of any such weapon; any firearm muffler or firearm silencer; and any destructive device. As defined by 49 CFR 1540.5 a loaded firearm has a live round of ammunition, or any component thereof, in the chamber or cylinder or in a magazine inserted in the firearm.

Firearm magazines and ammunition clips, whether loaded or empty, must be securely boxed or included within a hard-sided case containing an unloaded firearm.
Small arms ammunition, including ammunition not exceeding .75 caliber for rifle or pistol and shotgun shells of any gauge, may be carried in the same hard-sided case as the firearm, as described in the packing guidelines above.

Gun owners want to be known as a law-abiding group of citizens. So let's do things the right way, and stop giving news outlets headline-grabbing news of yet another license-holder trying to bring a loaded gun onto an airplane.

Flying with Firearms - Get the Facts