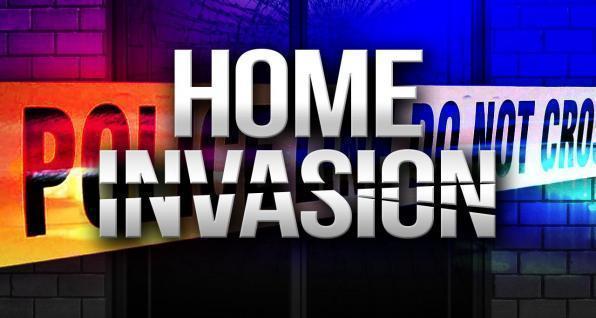 The Gallipolis Daily Tribune is reporting that prosecutors have determined that an April 12 shooting and death which occurred at a Gallia County residence was done in self-defense.

According to that statement from the respective offices of the sheriff and prosecutor, an unnamed woman in her 20s who law enforcement said was home alone the morning of April 12 was bathing and heard a pounding at an exterior door, a slamming and a scratching sound. The family’s dogs were barking. The woman reported she stopped bathing and wrapped herself in a towel before opening the door to the bathroom and coming face-to-face with Coon. He was observed to be in nothing but boxer shorts. She reportedly screamed at him and told him to leave and he did not.

Gallia Prosecutor Jason Holdren explained that when the attacker did not comply with the home owner's order to leave, she utilized her martial arts training and kicked him:

“She stated the man went down to the floor and she went to her bedroom to retrieve her firearm. She has a concealed carry permit. Once she exited her bedroom and had the firearm, she didn’t see the man. She stated she wasn’t sure if he left the home and she began looking through the house to see if he had left.”

The woman then set off her home alarm system to notify law enforcement. She then heard her dogs barking again before opening a door to the home’s “sun room.”

“The man was standing there now holding kitchen shears over his head and coming at her,” said Holdren. “She indicated she was in fear for her life and I don’t know how you couldn’t be. She shot the man.”

According to the article, the homeowner defended herself with a .38-caliber revolver, shooting her attacker once in the head.

Investigators found no connections between the attacker and his intended victim.

“We’ve found what was consistent with what we were told on day one,” said Holdren. “She did the right thing…This, is I think, another example of what we’re seeing folks do when they’re high on methamphetamine.”

Autopsy records showed methamphetamine and amphetamine had been present in Coon’s system at the time of his death.

“I don’t think based on what we see in the toxicology report and what we know through our training, I don’t think he was following any type of logic or planning,” said [Gallia Sheriff Matt] Champlin. “We think it’s exaggerated behavior by the methamphetamine.”

[Gallia Chief of Deputies Troy] Johnson and Champlin said that through their law enforcement experience, those under the influence of methamphetamine can seem to have dulled pain receptors, react stronger than a typical person and act erratically with a lack of connection to the reality around them.

Johnson is quoted as saying “Had she not been prepared and trained like she was, we could have been looking at an unsolved murder.”

Champlin agreed, adding that “It is unfortunate and we are all saddened that in this incident a man lost his life. However, I firmly support the fact that in this case, this young lady relied on her training and her constitutional right to defend herself inside of her own home."