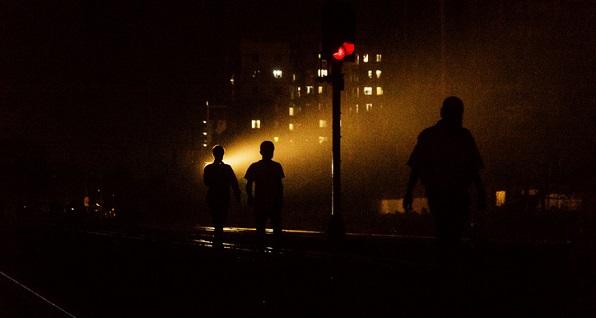 Your Tactical Training Scenario - Look Out for Lookouts

You are standing in line at the grocery store one night when you realize that two men are robbing one of the clerks at gunpoint. Before you can even begin to think through your response options, the robbers have grabbed the money and are running out the door.

What would you do? No one seems to be hurt or in any more danger. The robbers have fled and are getting away as you stand around to make your decision.

Would any of you chase the robbers?

I have to admit that I probably would not. “Not my people. Not my problem.” As I discussed in [this] article, there are a lot of dangers should you choose to get involved in a situation like this.

Some of you, however, are “high responders.” You’ll react without even thinking. This article is for you folks.

Take a look at the case linked below. Two unarmed “high responder” young men decided to take an active role attempting to capture the criminals. They chased the robbers, first in a car and later by foot. The two men caught one of the robbers, tackling him to the ground. As they fought with robber number one, robber number two shot them both.

Read more about it at the link below:

Good Samaritans tackle armed robbers but are shot in the process

This article will give any of you who are inclined toward intervention some things to look for and will hopefully allow you to respond in a safer manner.

One common effect of the stress of combat or a criminal confrontation is the rapid onset of “tunnel vision”. The brain can only process so much information at one time. It is being overwhelmed by your attempt to deal with a very dangerous situation that is spinning out of your control. At the same time it is trying to gather all the information necessary to win the fight. In order to do that, the brain narrows our field of perception so that we can maximally focus on the immediate threat.

You may not see or hear anything else around you when this happens.

Criminals are aware of this effect and use it to their advantage.

I commonly see news reports of resisting citizens being surprised by “lookouts”. In the context of terrorism, the same lookouts are called “handlers.” Some trainers call them “tail gunners.” No matter what they are called, they are confederates of the criminal who have the responsibility to remain low profile and protect the primary criminal or terrorist in the event of effective resistance.

Most commonly, I see this situation in retail store robberies. The lookout will pose as a customer and keep an eye on the robber. If anyone resists, the lookout shoots from an ambush position. This role is often assigned to getaway car drivers in both residential home invasions and commercial thefts as well. If police or a resisting citizen enter during the crime in progress, the getaway driver slips in behind them and shoots.

In the context of terrorist acts, the role of the lookout or handler is well documented in the literature. Suicide bombers almost always have a handler (the 2011 bombing of the Moscow airport used THREE lookouts). The Beslan School takeover employed lower profile armed lookouts in the crowd during the initial aspect of the siege to surprise resisting parents and teachers. In Mumbai, the terrorists worked in teams of two so that one could shoot safely while the second watched for any resistance.

In the scenario oriented training I conduct with both my police and armed citizen classes, the “lookout” scenario almost always leads to the cop or armed citizen being shot. No matter what amount of training you have done, it is difficult to control the tunnel vision reaction. In this case. the physiology designed to help us actually causes our demise as we overlook the lookout in order to pay better attention to the criminal we are confronting.

I could write dozens of pages about how best to deal with this problem, but it all comes down to a few simple tips:

1) Slow down. If you aren’t in immediate danger, take the time to process all of the information before making a decision to act. You better know all the players before you choose to join the game.

2) The presence of the lookout should be one of the first thoughts you have in any criminal interaction. More than 40% of violent criminals have an accomplice at the time of their attack. As soon as you see any type of criminal action, you should be thinking “Where are his friends.“

3) Learn to control adrenal stress. If you can’t calm yourself down, the hormonal cocktail being released into your body will result in diminished sight and hearing. It may be physically impossible to perceive the second attacker when you are fully adrenalized. The only solution is to learn how to calm yourself down in a stressful situation. Practice force-on-force training scenarios to train your brain to deal with large quantities of information. Big game hunting or competitive shooting may also be helpful for this goal. Any activity where you have to control your bodily reactions and calm down while you simultaneously shoot your weapon will likely be valuable training.

Be safe and look out for the lookouts!