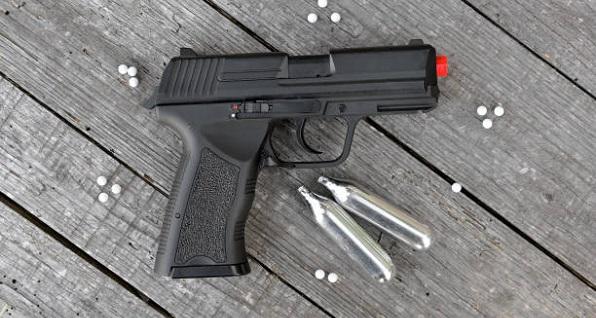 Your Tactical Training Scenario - Robbed with an airsoft gun

Imagine a scenario when you and your spouse were walking down the street at night. A man approaches, draws a pistol and announces a robbery. You notice that the pistol has a red tip and you believe the gun isn’t real. You think it is an airsoft gun (spring or gas powered gun that shoots non-penetrating plastic BBs) instead. What would you do?

A man in New Jersey was placed in this exact situation. Read the news article HERE to see what happened.

The man recognized it wasn’t a real gun and he resisted. He made the right choice. The gun was an airsoft pistol. The robber couldn’t shoot him, but did something else…he drew a knife with his other hand and stabbed the man!

There are a few simple lesson to learn from this event…

1) Being able to recognize if a gun is real or fake gives you very important information in a self defense situation. It may be a game changing piece of information. Criminals regularly use toy guns to commit crimes as they are far cheaper and easier to acquire than real weapons. The smarter ones remove the orange tip or paint it black.

2) I mentioned that criminals alter airsoft guns to look real. They also do the reverse. I have seen documented cases of criminals spray painting guns yellow or green to lull their victims (usually cops) into believing the gun is a toy. The officer’s slight hesitation gives the criminal enough time to kill.

There was also a recent instance where a gang member hollowed out the body of a large “Super Soaker” squirt gun so that it could disguise a pistol-gripped Mossberg 12 gauge shotgun! Make sure you know for certain before you bet your life that the robber is carrying a toy! 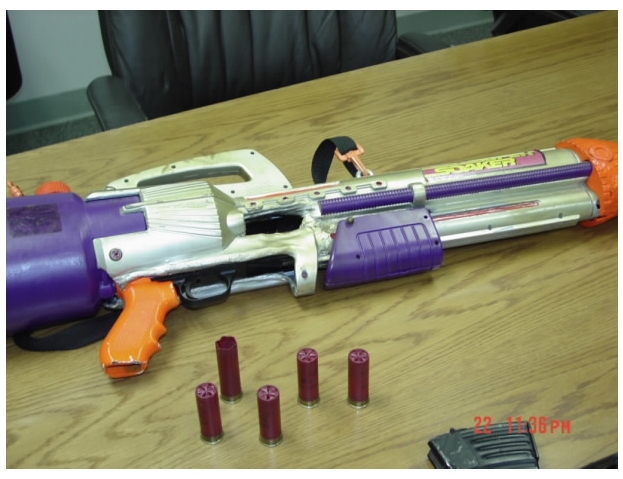 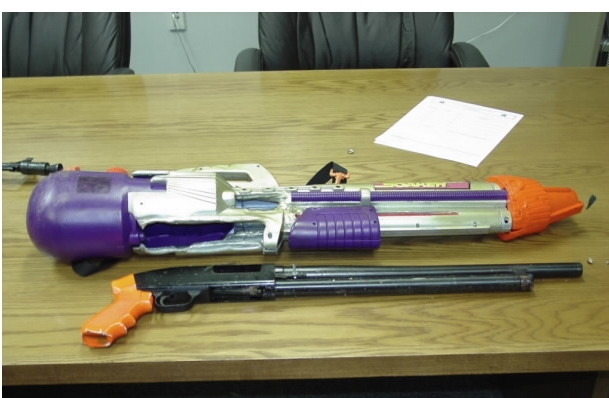 3) Never assume that a criminal is carrying only one weapon. Most violent criminals carry backup weapons. Some have spare guns, some have knives, some carry screwdrivers; but you can generally expect to find more than one weapon. I once arrested a man on a traffic warrant. He was carrying 17 knives, an ice pick, and two corkscrews in his pockets.

Police officers are trained to follow the “+1 Rule”. Whenever you find one weapon, always assume there is at least one more. In my experience, this is an exceptionally useful rule! If the victim here knew about the “+1 Rule” he might not have been stabbed!

The overall lesson to learn here is to never make assumptions. Things may not always be as the seem!