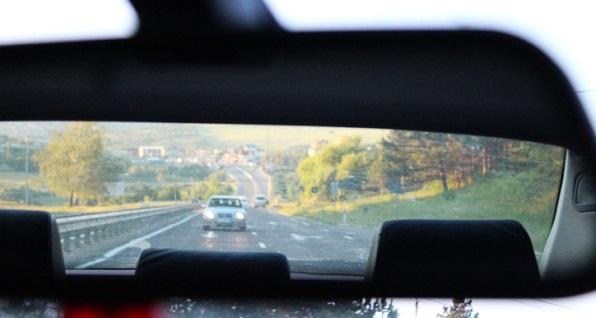 Your Tactical Training Scenario - Someone is Following Me

Have you ever thought about what you would do if you noticed someone following your vehicle? It’s a pretty common scenario and most people have thought about it. You probably know enough not to lead the suspicious person back to your home. That’s a good start. But unfortunately, that can’t be the only play in your playbook.

The man in the story below remembered not to lead the follower to his home. That was a good move. He pulled over in an open field near his house rather than pulling into his driveway. He got out of the car with his gun and shot the man who was following him after the man announced a robbery. Read more about it here:

Man, 81, shoots man who was trying to rob him

He did well, but he might have been able to avoid the shooting if he planned a little better. Here are a few tips if you ever believe you are being followed:

1) If you know the area make several consecutive turns in the same direction. Three or four right turns should circle you around to roughly your starting position. Most people who aren’t following you wouldn’t naturally drive like that. If the person is still following you after three or four turns in the same direction, it isn’t likely to be a coincidence.

Don’t try the turn trick if you don’t know the area where you are driving. You risk driving into a bad part of town that may put you in a worse position.

2) Get on the phone to police and tell them that you are being followed. Follow the instructions of the dispatcher or officer you talk to, but don’t stop.

3) Make sure you are alert for other cars who may be working with the person following you. Don’t drive too closely to the car in front of you. Don’t get boxed in and always leave yourself an escape route. Often robbers will identify a target, follow it to an advantageous location and then have an accomplice driving in front of the target stop quickly hoping to cause an accident. Don’t fall for it.

If the vehicle strikes you, don’t stop if it isn’t safe. Continue to talk to the police and have them guide you to an officer instead.

4) If circumstances force you to stop, plan your stopping location well. Look for a public place with lots of people around and good escape routes. While the old guy in the story prevailed, he certainly could have picked a better place to stop. Besides a public location, look for a place that has good cover available. An open field isn’t best for that purpose.

5) Once you stop, you have a couple of different strategies. You could wait in your car (still in drive) until the attacker gets out and then either drive away quickly (buying you a few seconds) or use your car as a weapon if the attacker is a lethal force threat. A 4000 pound car is a much better stopper than any pistol cartridge ever developed.

You could also get out of the car and run to safety/cover. Stationary cars don’t make good cover if your attacker starts shooting. If I knew my attacker was going to start shooting, I’d take my chances outside the car if I wasn’t in a position to run down the shooter.

6) No matter what option you choose, use every tactic you can think of to gain the advantage. Turn the car around so you are facing the criminal following you. Get your bright headlights in his eyes. If you bail out, trigger the car alarm to draw some more attention to yourself and the attacker.

7) If you are armed and feel the need to draw your gun, don’t do it until the car is stopped. I’m aware of several instances where cops had drawn weapons during vehicle pursuits to be better prepared for an ensuing gunfight when the target vehicle stopped. In some of these cases, cops dropped the guns or had them slide away when they came to a sudden stop or crashed.

In the famed FBI Miami gunfight, one agent had his pistol under his leg on the seat for a faster draw. His car crashed and the gun slid under the seat. He spent most of the gunfight looking for his lost pistol. Don’t make the same mistake.

Predatory movement patterns (like when a suspicious person follows you) are often the first indication you are being targeted for an attack. Learn how to recognize these movement patterns and come up with a plan to counter them effectively.