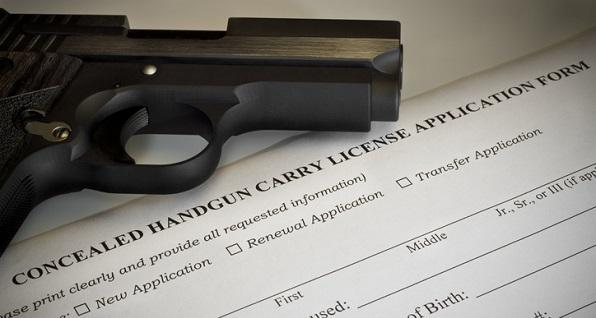 In early August, Attorney General Dave Yost issued a report on a study his office conducted "to ensure that Ohio continues its 16-year record of carrying safely and responsibly."

Given his office’s role in the checks and balances of the state’s system for issuing concealed-handgun licenses (CHLs), the attorney general last year ordered a review of the process, seeking to ensure that such licenses weren’t ending up in the wrong hands.

After several internal discussions about the goals and logistics of the CHL analysis, the Attorney General’s Office (AGO), through a memorandum of understanding, made a request for a list of active Ohio CHL holders from the Ohio Department of Public Safety (ODPS), which maintains the licenses in its Law Enforcement Automated Data System, a tool used strictly for criminal justice matters. That list, confidential under Ohio law, can be used for law enforcement purposes only.

With the list of the roughly 700,000 CHL holders in hand, the AGO matched identifying information of those individuals against a data set managed by the Attorney General’s Bureau of Criminal Investigation (BCI) containing the names of individuals who have been deemed to be mentally incompetent.

What BCI found in its review is that, of the nearly three-quarters of a million Ohioans who have a CHL, only 41 of them (0.006%) had been deemed to be mentally incompetent — which means they should not have had a concealed-handgun license or possessed a firearm. Of the 41, just six (.00085%) had occurred before the issuance of the license. The other 35 adjudications occurred after the issuance of the license, and would likely have been detected if the CHL-holder sought a renewal.

“Everyone in Ohio should expect that we are enforcing existing laws – and, as this report demonstrates, we are,” Yost said.

“Those 41 individuals represent only a tiny fraction of a percentage of the Ohioans who have concealed-carry licenses, and we are not aware that any harmful outcomes have resulted,” AG Yost said. “But even one unlawful license is too many.”

To improve the system even more, BCI and ODPS partnered to automate the cross-checking – at no cost to taxpayers – to permanently allow CHL updates to flow to BCI, thus allowing the bureau to make routine cross-checks of the concealed-handgun licenses against the mental incompetence database. When a mentally incompetent adjudication is uncovered in the cross-checking process, BCI is committed to promptly notifying the appropriate sheriff’s office by phone and in writing so that action can be taken on the CHL in question.

“Revoking wrongfully issued licenses is an example of how we can and should enforce existing gun laws before creating new ones,” Yost said.

Buckeye Firearms Association has long-been critical of efforts to pass new gun control laws when the existing laws are not being enforced. A 2018 investigation by the Cincinnati Enquirer found that hundreds or perhaps even thousands of felons in Ohio could still be allowed to pass a background check to purchase a firearm, all because dozens of Ohio courts were delinquent - sometimes by months or even years - in their responsibility to upload some paperwork. One year and nine months later, despite several executive orders from then-Governor John Kasich ordering the government to do what it already should have been doing, and one year into Governor Mike DeWine's "get tough on crime" administration, an investigation by the Ohio Auditor's office found 48 of Ohio's 88 counties had at least one court or law enforcement department that didn't report records on time or in a few cases, at all.

There should be no more talk of laws which only punish the law-abiding - including SB 221, a gun control bill being pushed by Gov. DeWine. There should be no talk of mandating government control over private sales of guns between individuals.

As Attorney General Yost stated when issuing his report, “by any measure, our concealed-carry system is a success.”

We are thankful for Yost's efforts to improve what is already proven to be a superb concealed handgun licensure system in Ohio.