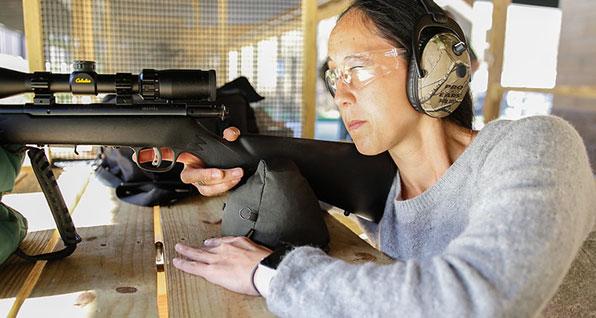 H.R.8167, sponsored by Rep. Andrew Clyde (R-GA), would repeal an 85-year old law that funds countless programs in Ohio, and across America, for gun owners and sportsmen.

"This bill would scrap one of the most successful programs in American history," said Dean Rieck, Executive Director of Buckeye Firearms Association. "It has produced billions of dollars for shooting ranges, firearms and hunter safety training, conservation, and wildlife management. Passing this bill could have a devastating effect on the activities and traditions of gun owners and sportsmen in every state."

Known as the Federal Aid in Wildlife Restoration Act or the Pittman-Robertson Act, this program levies an excise tax on manufacturers and importers of firearms, ammunition and archery equipment. These funds are distributed to state fish and wildlife agencies, including the Ohio Division of Wildlife.

It has produced $15 billion in funding to the states, including $1.5 billion last year alone, with many direct benefits for gun owners. Examples in Ohio include the brand-new state-of-the-art Delaware and Spring Valley shooting ranges. Pittman-Robertson funds were also used to fund shooting facilities at the Cardinal Shooting Center in Marengo, Ohio.

The program is universally supported by the firearms industry as well as pro-gun and sportsmen's groups. Unfortunately, H.R. 8167 is backed by a number of Congressional Republicans, including Warren Davidson who represents Ohio's 8th district in Southwest Ohio.

Rep. Clyde argues that the current program would be replaced with funding from the Department of Treasury or the Continental Shelf Lands Act and Mineral Leasing Act. However, a press release from Sportsmen's Alliance makes it clear that these sources of revenue are unsecured and wildly variable and would never exceed just half of what sportsmen contributed last year:

"Rep. Clyde’s alternative funding sources are diluted among many programs and are highly dependent upon the political agenda of whoever sits in the White House. The beauty of what American sportsmen have willingly built ... is that it provides dedicated and protected funding for conservation free of political interference – as it should be.”

BFA opposes H.R. 8167, and we call on the sponsors and co-sponsors of this bill to remove their support for this legislation.