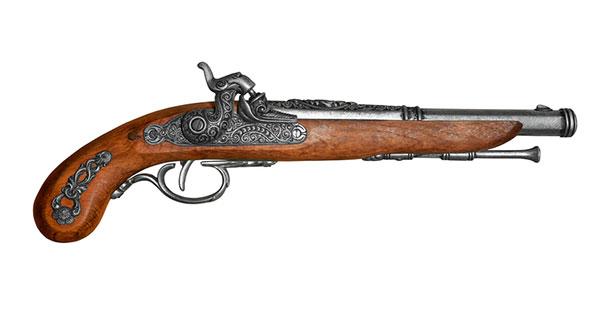 Also in favor were Sean Maloney, testifying on behalf of the National Rifle Association, and Evan English, for Olde English Outfitters.

BFA's testimony explains the problem and the solution:

My name is Dean Rieck, and I am Executive Director of Buckeye Firearms Association. I am here today representing Ohio's 4 million gun owners.

There is no distinction in Ohio law between “firearm” and “antique firearm.” So, as the law is currently written, when a firearms dealer wishes to sell an antique firearm, he is required to use the federal background check system to run a background check, the same as he would for any other firearm.

However, federal law does distinguish between “firearm” and “antique firearm” and specifically prohibits the use of the federal background check system for anything other than a “firearm” as defined by federal law.

In other words, when an Ohio firearms dealer wishes to sell an antique firearm, he is both required to and prohibited from conducting a background check.

There are 20 other states that have a definition following or similar to the federal definition of “antique firearm.” By passing House Bill 248, Ohio will simply be joining these states in abiding by federal guidelines on antique firearms.

I encourage the committee to pass this simple, straightforward bill.

This is more than an inconvenient discrepancy between state and federal law. The conflicting language can have serious consequences for gun dealers. As reported in Townhall.com:

Outdoor retailer Cabela's is facing a lawsuit after one of its stores sold a firearm to a man prohibited from owning one. The man, now 69-year-old Paul Claren of Ohio, later used the gun to murder 21-year-old Bryan Galliher in 2016.

According to The Columbus Dispatch, Cabela's sold Claren an 1858 Army .44-caliber black powder revolver in 2014, along with a black powder loading kit nearly a year and a half later.

So why did Cabela's sell Claren the firearm, despite his criminal record and violent past? It appears the retailer made the sale because it complied with federal law rather than Ohio state law.

As a police officer and chief investigator for the Stark County Coroner’s Office explained, federal law did not require Claren to undergo a background check to purchase the replica of the antique firearm. However, it appears that Ohio's state law did require a background check.

This is similar to the dueling federal and state laws related to medical marijuana and firearm possession, which we reported on back in 2017. However, while that issue would require a change of federal law, the antique firearm issue can be fixed with a simple change to Ohio law.

We thank Reps. Powell and Smith for bringing this bill to the House to help rescue Ohio gun dealers from their dilemma and help them avoid future lawsuits.

Click here for complete information about HB 248, including the complete text of the bill.