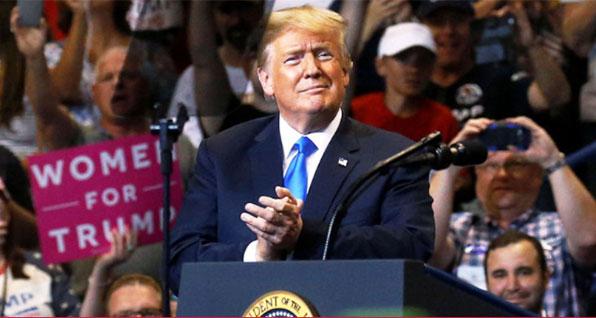 With violence sweeping our cities, the shocking leftward lurch of the Democrat Party, the nomination of a mentally failing Democrat candidate for President and the most liberal member of the Senate for Vice President, we are compelled to act.

There has never been a more anti-gun team than Joe Biden and Kamala Harris. And the Democrat Party's published platform brazenly proclaims their hostility toward the Second Amendment, declaring their plan to:

We've been warning you about this. Just look at some of these recent articles:

There has never been a more important Presidential election in our lifetime.

And now with President Trump having the chance to nominate yet another Supreme Court Justice, the stakes have never been higher. This election will determine the fate of gun rights for generations!

That's why our Political Action Committee has endorsed Donald Trump for President of the United States in the 2020 election. And that's why it is absolutely vital for YOU to vote for pro-gun candidates from top to bottom on your election ballot.

See our other endorsements here.

If you're not registered to vote, please don't put it off any longer. The deadline to register in Ohio is coming up fast on October 5.

Get registered now and VOTE YOUR GUN RIGHTS.

How to Do More

If you are energized to do more than vote and want to work on the President's re-election campaign, let us know.

Our Board Chairman, Linda Walker, has been named to President Trump’s "Gun Owners for Trump" Advisory Board. Our many leaders across Ohio are working on Trump campaign events. And BFA has been working directly with Trump's Ohio leadership team since last year.

We can put you in contact with Team Trump representatives to knock on doors, deliver yard signs, host events, make phone calls, attend meetups or whatever your time and abilities allow.