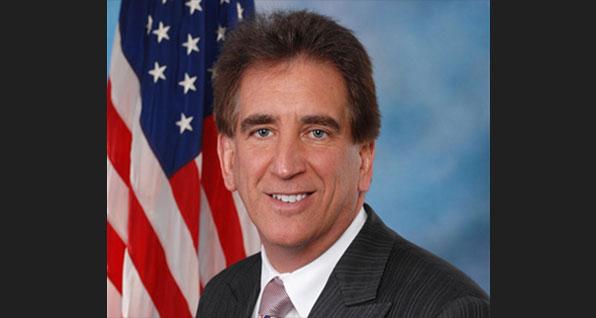 Buckeye Firearms Association PAC is excited to announce its endorsement of Jim Renacci for U.S. Senate. Renacci is not only better on our issue than his opponent, Sherrod Brown, he is clearly more aligned with Ohio values.

Senator Sherrod Brown is a liberal Democrat. In 2010-2011 he was tied as the most liberal U.S. Senator. Progressive Punch ranks him as the 7th most liberal Senator both overall and on “crucial votes.” His “Progressive score” is 97.57% lifetime. That puts him to the left of Diane Feinstein (D-CA), Chuck Schumer (D-NY), Dick Durbin (D-IL), Kristen Gillibrand (D-NY) and even wacky Bernie Sanders (I-VT). Yes, he’s so far left, he’s further out there than both New York Senators and an avowed Socialist!

In fact, Brown's views are more out of touch with his constituents than any other Democrat. No matter what you think about any issue, it is highly unlikely that he represents your view on anything. Ohio needs a new Senator.

"Renacci has a 100% perfect voting record with the NRA in Congress," said Jim Irvine, Chairman of Buckeye Firearms Association PAC. "I have been thrilled to have Renacci as my Congressman. And I'm proud that we have the opportunity to endorse him for U.S. Senate. He's not just someone who casts votes to support gun rights, he is responsive to voters. I can reach out to him and he listens to ideas and concerns in a way that is rare today."

Jim Renacci is endorsed by the NRA and has a lifetime "A" rating. In this Congress, he has consistently shown his support for the Second Amendment through his "yes" votes for the following bills:

H.J. Res. 40 - Protects Social Security recipients from being stripped of their Second Amendment rights by deeming recipients who receive benefits through a representative payee as "mentally incapable or unsound."
- This bill strikes down an Obama era regulation denying SSA recipients their right to due process.
- Renacci was an original cosponsor of this legislation and voted for it. It was signed by President Trump and became law in February 2017.

H.R. 1181 - Veterans Second Amendment Protection Act - Prohibits veterans from being deemed "a mental defective" and thus unable to lawfully receive or transport a firearm when under mental health treatment from the Department of Veterans Affairs.
- This bill protects veterans Second Amendment rights and their right to due process by prohibiting the VA from determining on its own if a veteran can or should purchase a firearm. Specific due process must be followed as it would for any other citizen.
- This was an NRA key vote.
- Renacci voted for this bill, which passed the House of Representatives.

H.R. 38 - The Concealed Carry Reciprocity Act of 2017 - Amends the federal criminal code to allow a qualified individual to carry a concealed handgun into or possess a concealed handgun in another state that allows individuals to carry concealed firearms.
- Renacci cosponsored and championed this legislation, the strongest concealed carry reciprocity legislation ever to come before the U.S. Congress.
- This was an NRA key vote.
- Renacci voted for this bill, which passed the House of Representatives.

"We need real leaders in D.C. who respect the Constitution, respect voters, and respect our traditions, including the right to bear arms," said Irvin. "Jim Renacci is one of those leaders."