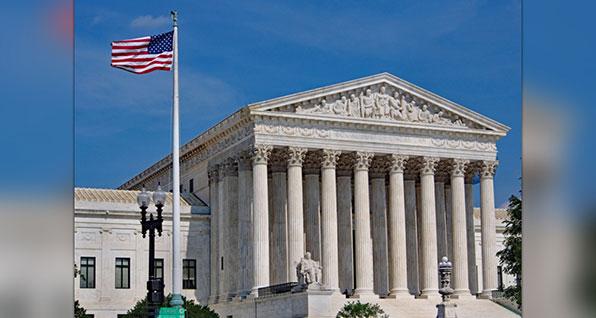 Buckeye Firearms Foundation has been asked to be a party in an amicus brief to be filed in the upcoming U.S. Supreme Court case of New York State Rifle & Pistol Association v. City of New York (NYSRPA v. NYC).

Amicus means "friend of the court." An amicus brief is a document that assists a court by offering information, expertise, or insight that has a bearing on the issues in a given case.

You can donate to support this effort here.

As we recently reported, it has been 10 years since the last time the Supreme Court agreed to hear a Second Amendment case. District of Columbia v. Heller (2008) and McDonald v. City of Chicago (2010) both resulted in landmark rulings, and our Foundation was involved in both cases, providing an amicus brief for each.

In short, the Heller ruling affirmed that gun ownership is an individual right, while the McDonald ruling concluded that this right applies to the states. However, these rulings were narrowly tailored and did not decide every possible issue related to the Second Amendment and gun rights.

In NYSRPA v. NYC, the court will consider whether New York City’s ban on transporting a licensed, locked and unloaded handgun to a home or shooting range outside city limits is consistent with the Second Amendment, the commerce clause and the constitutional right to travel. In other words, it will take up where Heller and McDonald left off and look at whether the Second Amendment applies outside the home.

Here's a summary of the amicus brief and the facts of the case from NYSRPA attorney Dan Peterson:

In the brief I am filing, a number of law enforcement related groups and state and local firearms rights groups are participating as amici. This is the first Second Amendment firearms case to be heard by the Supreme Court since 2010. The brief will present a law enforcement perspective to the Court that will likely not be presented by other briefs supporting the Second Amendment.

New York State forbids its residents from possessing a handgun unless they have a license. To obtain one, a resident must apply “to the licensing officer in the city or county … where [he or she] resides.” In New York City, the only license that may be possibly within reach of an ordinary citizen, assuming they can meet extremely restrictive qualifying criteria, is a “premises license.” That license limits the holder’s possession to the address listed on the license. The sole exceptions are for hunting in certain designated areas in New York State, and that the license holder “may transport her/his handgun(s) directly to and from an authorized small arms range/shooting club, unloaded, in a locked container, the ammunition to be carried separately.” New York City interprets “authorized” ranges or clubs to mean only those within the city, of which there are only seven. Thus, licensees cannot transport their handguns, even in a locked container, to any place outside the state or to a range or second home elsewhere in the state.

The New York State Rifle and Pistol Association and others challenged this law as violating the Second Amendment, the Commerce Clause, and the fundamental right to travel, but did not prevail in either the District Court or the Second Circuit. An amicus brief I filed in the Second Circuit showed, among other things, that defendants had not established that this law advances “public safety.” The Second Circuit nevertheless found that there could be a danger to public safety if licensees transported firearms in “stressful situations.”

When the Supreme Court decides NYSRPA v. NYC, it will probably announce a rule as to whether the Second Amendment applies outside the home, an issue which has been hotly contested since the Heller decision. Some courts have refused to acknowledge that the Second Amendment applies outside the home, since the facts in Heller related to mere possession inside the home. Our hope is that in this case the Court will affirm that the right to “bear arms” applies to carrying those arms in places other than the home, which would be a major victory. It may also clarify the constitutional test to be applied in Second Amendment cases; for example, the “text, history, and tradition” test, versus some form of “balancing test” such as strict scrutiny or intermediate scrutiny. In short, this is likely to be a landmark case, about which we are cautiously optimistic.

We met with Dan at the 2019 National Firearms Law Seminar and agreed to become a party in the case, providing whatever assistance we could, including financial assistance for legal fees for the writing and printing of the amicus brief. The specifications for preparing a brief for the U.S. Supreme Court are exacting and costly.

We are asking for tax-deductible donations to our 501(c)(3) charitable Foundation to help pay for some of the legal and printing costs for the brief to be written by Dan on behalf of the plaintiff.

All funds we raise will go toward the amicus brief, with any extra funds going to the Foundation's other legal and educational work.

This is your chance to be part of what may become the most significant Second Amendment case in American history. Donate whatever you can, $100, $50, $25, or even $10. Every dollar helps.