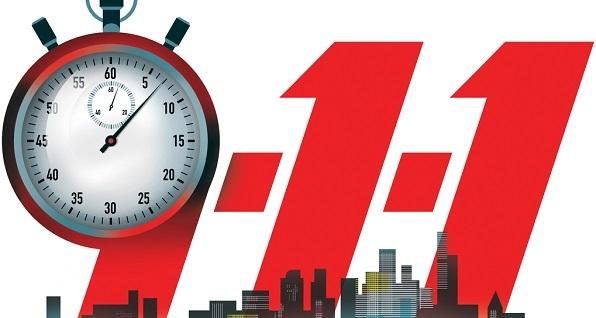 The Cincinnati Enquirer is reporting that a couple and their 9 and 7 year-old daughters were forced to wait nearly an hour after dialing 911 while a disorderly man on their front porch grew increasingly disoriented and violent.

Michelle Gardner...grew increasingly frightened as the disorderly man was kicking and hitting on her doors and windows at 4360 Hamilton Ave. with a brick about 9:50 p.m. on Jan. 11. The man had been screaming and shrieking for about 30 minutes before he went onto her family's porch, prompting the first 911 calls.

It was then that Gardner's husband, Gordon Follin, first called 911. The couple's two daughters, ages 9 and 7, were asleep at the time. The couple feared for their safety and for that of the man; he wasn't wearing a coat and had taken his socks and shoes off. The temperature was in the low 20s.

911 operators sent Follin's call to dispatchers who tried to dispatch an officer four minutes after Follin called. But the officer told the dispatcher he didn't have a car available to respond, according to a recording of the dispatch provided to The Enquirer through a public records request.

Increasingly worried, Gardner called 911 back six minutes later, telling them they had a gun and would shoot the man if he broke in.

"If this guy puts his hands through my glass, he's going to get shot. He's banging on the glass,'' Gardner told the operator.

"They are already dispatched, we've got a couple units on their way there so ... if he does bust through or anything at all, call me right back, OK?" the operator told her.

But after repeated calls from both the couple and their neighbors, it took officers nearly an hour to respond to the scene. The article says the police said an officer-involved shooting earlier in the evening, as well as a shift change, were partially responsible.

"You have to understand the whole system," [Assistant Police Chief David] Bailey said. "If people call in a disturbance, it goes to the bottom of the chain and it may get held for a certain amount of time. After an hour or so, we will call back and say we either have no cars available or we are on our way. At night, this is not uncommon."

According to the article, the average response time for such calls is roughly seven to eight minutes citywide. When seconds count, the police are minutes - or according to Assistant Police Chief David Bailey sometimes "an hour or so" - away.

Clearly the City of Cincinnati has some work to do, and yet one of the city's council members, P.G. Sittenfeld, is busy running for U.S. Senate on a platform of gun control.

On January 7 Sittenfeld called on Governor Kasich to take away people's Consitutional right to bear arms without due process if they show up on a government list, and just last week he announced a ballot initiative that would allow cities like Cincinnati to restrict the gun rights of people like the armed homeowner who was forced to wait nearly an hour for help to arrive.