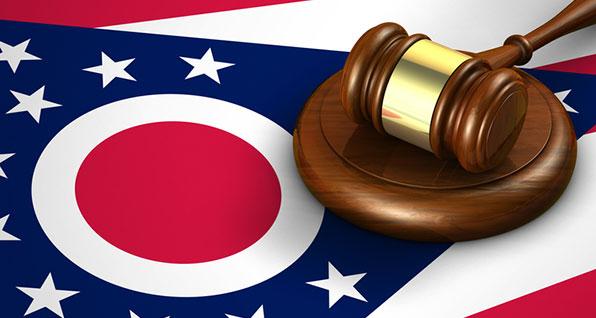 On Wednesday, May 9, 2018, Cincinnati City Council passed a municipal ordinance to ban bump stocks within city limits. We warned them that their actions were unconstitutional, that we would prove this in court, and that their failure would cost Cincinnati taxpayers immensely.

"It's unfortunate that we must sue cities to force them to obey state law," Buckeye Firearms Association Executive Director Dean Rieck said at the time. "But we simply cannot stand by and allow activist city councils to break the law and violate the rights of Ohio's 4 million gun owners."

Every single thing they were warned about has come true.

On June 21, 2018, Buckeye Firearms Foundation, along with Ohioans for Concealed Carry, filed suit against Cincinnati, citing the ordinance as a clear violation of Ohio Revised Code 9.68, commonly referred to as "preemption."

On February 8, 2019 Judge Ruehlman granted a Motion for Summary Judgment and shall issue a permanent injunction forbidding enforcement of the City's illegal ordinance.

The City appealed, committing even more taxpayer monies against the doomed effort.

On Tuesday, March 30, 2021, the Ohio Supreme Court handed Buckeye Firearms Foundation a complete and final victory in our challenge to their unconstitutional law.

"This is a massive victory," Rieck said at the time. "Cincinnati thumbed its nose at Ohio citizens and enacted a law to regulate gun components, which state law expressly forbids them from doing.

"They knew the ordinance was illegal and decided to spend taxpayer dollars to do it anyway. Now the Supreme Court has spoken and Cincinnati voters should ask Council Members why they wasted so much time and money on this foolish and illegal pursuit."

What wasn't revealed at that time was how much money the Council had wasted. But the Cincinnati Enquirer is now reporting that in addition to the no-doubt hundreds of thousands of dollars they paid their own legal counsel, the City has also been forced to reimburse Buckeye Firearms Foundation nearly a quarter of a million dollars for its legal expenses:

In 2018, then-Cincinnati City Councilman P.G. Sittenfeld led efforts to get City Council to ban bump stocks within the city limits.

Council's two Republican members, among others, argued it would be unconstitutional to ban the rapid-fire devices that can be added to guns.

They were right. Not only was the ban stuck down, but now the City of Cincinnati has agreed to pay the Buckeye Firearms Foundation, which sued the city over the ban, $235,218, to cover the group's legal fees.

City Solicitor Andrew Garth detailed the payment in an Oct. 4 memo posted on the city's website.

The Cincinnati ban passed 7-2 with Republicans Amy Murray and Jeff Pastor opposing it.

Pastor...told his colleagues they "just voted to get the city sued while facing a $30 million deficit."

"Preemption is important," Rieck says, "because Ohio used to have a confusing patchwork of gun laws. Merely crossing a city border could turn an otherwise law-abiding citizen into a criminal."

The preemption laws in Ohio became law in 2007 via a sweeping reform bill that put cities out of the gun control business, and replaced the patchwork with one set of simple, consistent laws. It also included a means of enforcement by allowing lawsuits and awarding legal fees when cities ignore preemption.

Since then, the cities of Cincinnati, Columbus and Cleveland have all lost lawsuits over local gun regulations. Other cities have lost suits as well. So every city should know better by now.

No city, village, or township. or ANY political subdivision, can regulate firearms, their components, or their ammunition. ORC 9.68 provides civil suits as a remedy for any such attempts at local regulation.

If these big cities are losing lawsuits, with backing from the likes of billionaire Michael Bloomberg, then smaller cities can expect the same result.

Every city in Ohio should examine their laws and bring them into compliance with ORC 9.68. Otherwise, they're open for legal action.