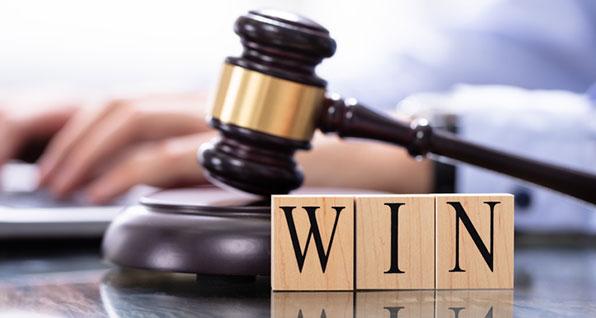 As a result, the City of Cincinnati is no longer permitted to enforce its ordinance.

"This is a massive victory," said Dean Rieck, Executive Director of Buckeye Firearms Association. "Cincinnati thumbed its nose at Ohio citizens and enacted a law to regulate gun components, which state law expressly forbids them from doing.

"They knew the ordinance was illegal and decided to spend taxpayer dollars to do it anyway. Now the Supreme Court has spoken and Cincinnati voters should ask Council Members why they wasted so much time and money on this foolish and illegal pursuit."

In May of 2018, Cincinnati City Council passed an ordinance making the possession of "trigger activators" illegal within city limits. The trigger activator ban included a number of devices, including "bump stocks" and "binary triggers."

On June 21, 2018, Buckeye Firearms Foundation, along with Ohioans for Concealed Carry, filed suit against Cincinnati, citing the ordinance as a clear violation of Ohio Revised Code 9.68, commonly referred to as "preemption."

"Preemption is important," said Rieck, "because Ohio used to have a confusing patchwork of gun laws. Merely crossing a city border could turn an otherwise law-abiding citizen into a criminal. In 2007, legislators wisely decided to correct this problem by creating a uniform system of state laws and forbidding cities from passing any ordinance which conflicts with those laws."

On February 8, 2019, Judge Ruehlman of Hamilton County Court of Common Pleas, granted a Motion for Summary Judgment and issued a permanent injunction. However, Cincinnati appealed the case to the First District, which upheld the ruling. Cincinnati again appealed, taking the case to the Ohio Supreme Court, which, on March 30, 2021, declined jurisdiction, meaning that the original 2019 ruling stands.

This is not the first time Buckeye Firearms Foundation has won a case over preemption in the Ohio Supreme Court. In 2010, the court ruled in a 5-2 opinion that Ohio's "preemption" law is valid.

In a case brought by the City of Cleveland against the State of Ohio, the court held that Ohio Revised Code 9.68 is valid in all respects, including, but not limited to, the mandatory attorney fee provision against any city that attempts to violate a citizen's right to self-defense.

"It's unfortunate that we must sue cities to force them to obey state law," said Rieck. "But we simply cannot stand by and allow activist city councils to break the law and violate the rights of Ohio's four million gun owners."