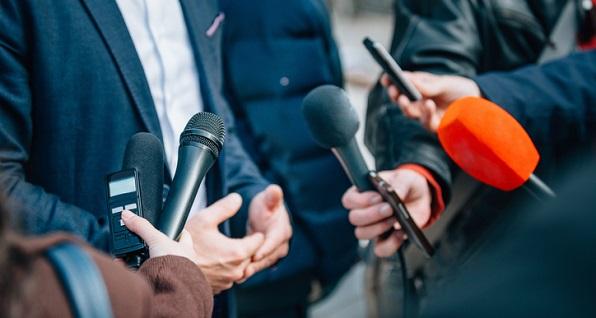 On May 9, the Cincinnati City Council voted to ask the city administration to prepare an ordinance that would "ban the possession and use of bump stocks within the city of Cincinnati."

The effort, spearheaded by Councilman P. G. Sittenfeld, purports to have "immediately" ban possession of the devices.

The actual motion approved by the council can be viewed here.

But that was never the point. It was the headlines Sittenfeld garnered that were the real goal, and this isn't the first time he has resorted to such ploys.

Few people are likely to recognize Sittenfeld's name, despite the fact that he ran for U.S. Senate just two years ago.

In his Senate race, Sittenfeld was the loser to another loser (Ted Strickland, who eventually got absolutely waxed by Rob Portman (R) in the general election.)

If gun owners have any chance of remembering Sittenfeld, it will be because, in a last-ditch effort to gain some kind of traction in his Senate run, he staged a press conference in order to call for a constitutional amendment to repeal Ohio's preemption law - a measure which prohibits cities from enacting ordinances that are more strict than state law.

Standing next to him were representatives from various gun control groups, including the Ohio Coalition Against Gun Violence (OCAGV).

Despite his best efforts at dancing in front of the cameras, Sittenfeld was crushed in the primary contest, winning only 22% of the vote.

So what about the ballot initiative Sittenfeld promised he was serious about? The one he promised wasn't just a campaign PR stunt? As Cincinnati.com reported on May 18, 2016, the initiative went the way of Sittenfeld's campaign: nowhere.

In the midst of his U.S. Senate campaign, Cincinnati City Councilman P.G. Sittenfeld promised to help Ohio's cities pass their own gun-control laws through a constitutional amendment.

But nearly four months later, Sittenfeld and his group of gun-control advocates have yet to submit the 1,000 signatures needed to even start Ohio's long, expensive road to the November ballot.

By comparison, two medical marijuana proposals aiming for the fall ballot have already submitted 1,000 signatures, passed the Ohio Attorney General's initial review and made it through a ballot board panel. Now, they are working to collect the 305,591 valid signatures needed by July 6 to make the ballot.

When his campaign was still a going concern, Sittenfeld, along with the OCAGV founder Toby Hoover and God Before Guns founder Rev. Kris Eggert, claimed they would submit its first 1,000 signatures before the end of April 2016. From there, they claimed they would court national groups like Americans for Responsible Solutions, founded by former Congresswoman Gabby Giffords, and Everytown for Gun Safety.

But that never happened. On Wednesday, an Ohio Attorney General's Office spokesman said he had received no signatures from the group.

Spokespeople for both national groups said they had not heard of the Ohio effort and were not coordinating with it. With no national group paying for or promoting the ballot initiative, making the fall ballot could be a challenge...

But their inaction since then proves that the whole thing was nothing more than a campaign PR stunt - the same kind of smoke and mirrors his gun ban extremist friends have become so known for.

The ploy was so transparent that the Cincinnati.com article pointed out even liberal political blog Plunderbund questioned whether Sittenfeld's proposed constitutional amendment was simply an abandoned campaign ploy.

The idea, as Buckeye Firearms Association Executive Director Dean Rieck said at the time it was announced, "is a ridiculous proposal. Preemption was a solution to a serious problem in Ohio where we had a patchwork of gun laws throughout the state. State law now says clearly that gun laws must be consistent in Ohio and that cites cannot ban something that state law allows."

"Preemption is settled law," said Rieck, "The City of Cleveland sued the State of Ohio over this issue and the Ohio Supreme Court ruled in a 5-2 decision that preemption is valid law.

"In addition, when Gov. Bob Taft vetoed HB 347, the bill that introduced preemption, the Ohio General Assembly voted to override the veto. This was a historic override. So the people have spoken on this issue.

But what of Cincinnati's bump stock ban?

Court action challenging the bans may proceed, but in the meantime, the indication from other localities which have passed such laws is that the ordinance will be ignored en masse, as otherwise law-abiding citizens practice civil disobedience.

Under New Jersey’s new bump-stock ban, which was approved in January, residents were supposed to destroy or turn in their bump stocks by mid-April.

So far, New Jersey State Police say, they have not received a single one.

New Jersey is not the only state having trouble enforcing its ban. In Massachusetts, where residents had until February to surrender their bump stocks, State Police received just three devices.

When a mayor and city council refuse to do things that are proven to reduce crime, and instead commit their city to spending time, money, and resources on things that can't possibly reduce crime and/or are illegal, it is gross negligence.

It's no surprise that crime continues to plague these cities. What else would anyone expect when the city "leaders" are part of the problem instead of part of the solution?