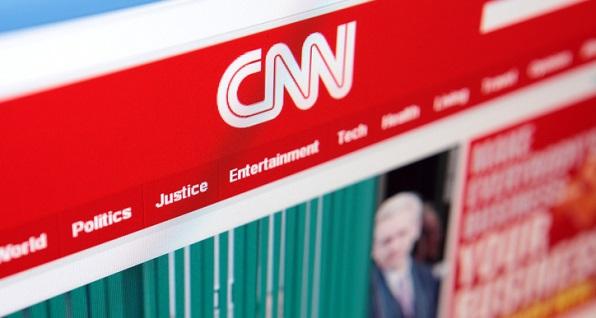 With the National Rifle Association having been weakened in recent years due to scandal-ridden mismanagement, gun control extremists have hoped they might finally have a chance in Congress.

But the mainstream media are finally discovering what we have long known - the gun rights "tent" is very, very large, and the NRA is but one of many tent poles.

From a CNN article entitled, "The fight against gun control has some surprising new allies":

The once-mighty National Rifle Association, whose bankruptcy bid was shot down by a federal judge on May 11, has played a much less-active role in the current gun control debate taking place on Capitol Hill due to its internal corruption scandals and related lawsuits.

In its place, gun rights supporters have found additional political allies among minority-led, pro-Second Amendment groups such as the National African American Gun Association and the DC Project, a women-centered firearms education organization that also trains domestic violence victims to safely and legally defend themselves.

Firearms trade groups have also built inroads with leaders from the Pink Pistols, an LGBTQ gun group, and Asian American and Pacific Islander Gun Owners, which formed in March amid a Covid-19-related surge in anti-Asian hate crimes.

While new groups are always being formed, support for Second Amendment by minorities, women and the LGBTQ+ community is NOT at all new.

Indeed, our first mention of the Pink Pistols appeared in 2003, less than a year after the polical action committee now known as BFA-PAC was formed.

We've been writing about the rapid increase in interest among women in firearms and gun rights since at least 2004.

Our first mention of the podcast hosted by Kenn Blanchard, author of the book "Black Man With A Gun" was in 2007.

As the CNN article notes, support for the gun rights issue is also marked in a shift among Democrats:

The gun control debate has become increasingly partisan in recent years with the vast majority of Democrats supporting added protections such as universal background checks and limits on the sale of high-capacity ammunition magazines, according to an April Pew Research poll.

But the same Pew study revealed Democratic support for tougher gun laws has slipped 5% this year — despite an ongoing mass shooting epidemic.

"A large majority of Democrats and Democratic leaners (81%) say gun laws should be stricter than they are today, though the share who say this has declined slightly since 2019 (from 86%)," the study authors wrote.

The article goes on to observe that women and Black Americans were also the driving forces behind a 40% surge in first-time gun buyers through the first four months of 2020.

"This was something we started seeing several years ago, but I think 2020 took that from first gear into fifth gear," he told CNN Business.

The trade group's leaders have been meeting with the minority-led gun groups to identify issues on which they can collaborate.

"There are certain points on which the industry can partner with NAAGA and other groups where we can talk about the ability of law-abiding Americans, regardless of skin color, to exercise their Second Amendment rights," Oliva said.

Such common ground issues include instances where concealed carry licenses are not distributed evenly.

For example, as CNN notes, a recent University of North Carolina Law School study found black Wake County residents in and around the city of Raleigh were nearly three times less likely to have a handgun license applications approved as their white counterparts. A recent example here in Ohio involved a black man who was denied a concealed handgun license because of an image found in a social media post.

Another example would be instances where black gun owners have encounters with law enforcement that cause them to fear exercising their Second Amendment rights.

Again, from the CNN article:

The NSSF says women represented 40% of the 8.4 million Americans who purchased a gun for the first time last year and many live in metropolitan regions of the country that tend to vote Democrat.

"The party lines just fall away when it becomes an issue of family or personal safety," said Kelly Ann Pidgeon, a licensed firearms safety instructor and DC Project member who trains women at her Armed and Feminine gun range in Western Pennsylvania.

NAAGA executive board member Geneva Solomon, 39, and her husband, Jonathan, are the African-American co-owners of Redstone Firearms, a Burbank, California, gun store. Solomon spoke out against increased gun control measures during a March 23 US Senate Committee on the Judiciary hearing on common sense solutions to reduce gun violence. She was joined by Asian-American Second Amendment advocate Chris Cheng, the History Channel's "Top Shot" season 4 champion.

Solomon says incidents like Floyd's murder and the killing of Ahmaud Arbery by armed White vigilantes helped fuel a gun-buying surge among Black Americans last year, albeit for different reasons.

"We'd rather not call 911 and ultimately end up being the victim," she told CNN Business. "We'd rather handle it ourselves."

We've been writing about the widely diverse pro-Second Amendment community at BuckeyeFirearms.org for nearly two decades. We're glad to see that CNN has finally gotten the message.