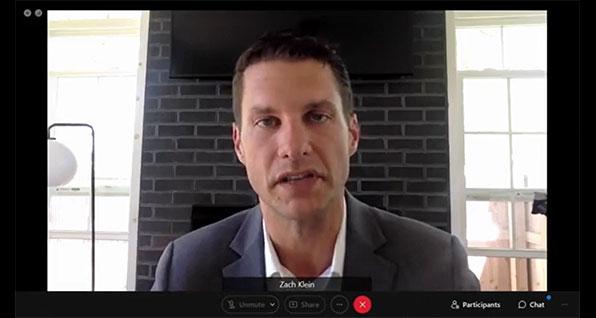 Columbus Reveals Scheme to Regulate Guns Through Board Of Health

Click here to listen to our podcast on this topic.

The Ohio Legislature has made it crystal clear that it wants ONE set of consistent firearm laws across the state, and it has specifically forbidden municipalities from regulating guns in any manner.

However, even though the state's "preemption" law, spelled out in Ohio Revised Code 9.68, has been in force since March 2007 and was further strengthened in 2019, and even though the law has withstood court challenges, the City of Columbus continues to look for ways to regulate guns locally.

On February 15, 2022, Columbus Mayor Andrew Ginther declared gun violence a "public health crisis." He also said this declaration was just the "first step." While it was unclear at the time what that meant, we may now have a better idea of what Columbus officials are planning.

On May 17, 2022, during an online meeting of the Columbus Board of Health, Columbus City Attorney Zach Klein and Solicitor General Rich Coglianese presented a scheme to regulate guns through health orders.

You can watch the meeting video for yourself here, courtesy of ABC 6. Klein's comments start at about 31 minutes, Coglianese's at about 37 minutes.

Klein bemoans that Ohio cities are unable to regulate guns because of the state's "preemption" law, and he admits that the goal is to look for loopholes and exceptions. He also says that because Mayor Ginther has declared gun violence a "public health crisis," they now have an opportunity to "act."

Klein then introduces Solicitor General Rich Coglianese to explain their legal argument. According to Coglianese, there is a loophole in Ohio law which can be exploited by the Columbus Board of Health to regulate guns as a public "nuisance."

Here are the details of the argument:

R.C. 3707.01(B) says, "The board of health of a city or general health district shall abate and remove all nuisances within its jurisdiction." So what is a nuisance? According to Coglianese, the answer lies in a 20-year-old Ohio Supreme Court case where Cincinnati wanted to hold gun manufacturers liable for the costs of gun violence.

He cites Cincinnati v. Beretta USA Corp., 95 Ohio St. 3d 416 ¶8 (2002) as a basis for considering guns a "public nuisance," which is defined as an "...unreasonable interference with a right common to the general public."

From the same case, he further cites the definition of "unreasonable interference" to include "... those acts that significantly interfere with public health, safety, peace, comfort, or convenience, conduct that is contrary to a statute, ordinance, or regulation, or conduct that is of a continuing nature or one which has produced a permanent or long-lasting effect upon the public right, an effect of which the actor is aware or should be aware."

So if the city can show that guns interfere with "public health, safety, peace," etc. and have a "permanent or long-lasting effect," guns can be considered a nuisance and regulated under the authority of the Board of Health.

What about Ohio's "preemption" law in R.C. 9.68 that prohibits local regulation of guns? Coglianese says there's a loophole because the law allows cities to mirror state and federal laws where it says, "Except as specifically provided by the United States Constitution, Ohio Constitution, state law, or federal law ...."

In other words, Coglianese concludes R.C. 9.68 would actually allow a municipal board of health to enact a local law to mirror state law on the matter of abating and removing guns as a public nuisance.

Coglianese also dispenses with SB 22, a law passed last year to rein in the authority of health orders. He claims that while that law prohibits orders or regulations directed at a class of persons, it allows orders or regulations aimed at specific persons, and that gun owners could be considered "specific" rather than a class of persons. In addition, he argues that SB 22 does not mention any limitation on the regulation of items or property, such as firearms.

According to other comments during this meeting, the Columbus Board of Health, along with the city attorneys, will continue exploring this gun regulation scheme in the coming months. It seems their next step may be to collect data to demonstrate that guns interfere with "public health" and have a "permanent or long-lasting effect." And then on that basis, empower the Board of Health to take action.

Exactly what sort of action? If I were to be generous, I might assume that they merely intend to get guns out of the hands of those who are legally disqualified from possessing them. But if that were the case, why not just enforce current law? Why look for loopholes and mount clever legal arguments?

Given the history of Columbus, it's more likely that their intent is to enact rifle bans, magazine bans, red flag laws, waiting periods, universal background checks, and so on. And they're likely to prohibit permitless carry as well.

Aren't they afraid of violating state law or concerned about being sued? Not likely. They've flouted state law before, so they won't be shy about doing it again. And from their point of view, who cares if they get sued? They can just use public tax dollars to litigate. It doesn't matter if they lose, because they're spending other people's money.

It is no secret that Columbus leaders want the power to pass their own gun laws and have challenged state law repeatedly, including passing illegal gun control laws and even filing suit against the State of Ohio to overturn preemption.

So what can we do about this?

Buckeye Firearms Association is carefully studying the legal argument. And we will continue to watch Columbus and the Board of Health closely. However, be assured that we are committed to responding to his outrageous power grab if we believe there is any chance Columbus will actually move forward.

Whether we respond with legislation or litigation remains to be seen, but one thing is sure: We will NOT sit idly if Ohio's capital city attempts to once again exceed its authority and infringe the rights of gun owners. We can't. Because if Columbus gets away with this audacious scheme, other cities will do the same.

And if that happens, what's the point of having a preemption law at all? If any city can simply declare guns a public nuisance and regulate guns through their board of health, we're back to the patchwork of laws the Ohio legislature sought to eliminate in 2007. And ALL the work we've done for the past two decades evaporates.

If you want to tell the Columbus Board of Health to stop pursuing this unlawful scheme, you can call them at 614-645-7417 or email [email protected].