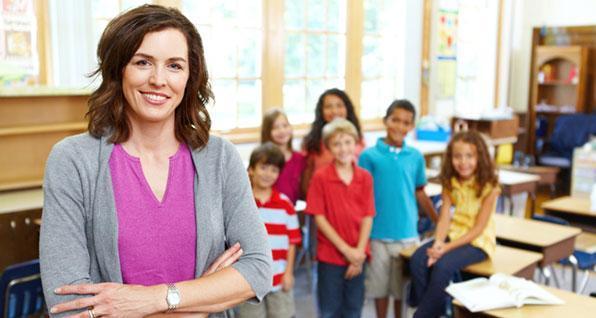 On Wednesday, June 15, 2022, The Columbus Dispatch published an op-ed by Governor Mike DeWine explaining his reasoning for signing House Bill 99. This bill effectively returns authority over school security to local school boards where it belongs.

For decades, locally-elected school boards managed their own security. Then Bloomberg-funded Everytown attorneys came to Ohio to launch a lawsuit with the express intent of ending all local school security programs that included armed staff. The case made its way up to the Ohio Supreme Court, which handed down an absurd decision requiring more than 700 hours of mostly-irrelevant police training for anyone armed in a school.

The Ohio legislature was then forced to step in and deal with the situation, which had resulted in functioning security programs all over Ohio being shut down. HB 99, which becomes effective on Sept. 11, 2022, will allow school districts to rebuild their security programs and address their own unique needs.

This op-ed is an excerpt from remarks the Governor made at a press conference about school safety. I contacted DeWine's staff and received permission to reprint his remarks.

Just a short time ago, I signed House Bill 99, sponsored by Representative Thomas Hall, which appropriates $6 million to expand the center, which again, we created in 2019 as the first statewide office of its kind that focuses on nothing but the safety of school children and staff.

The funding appropriated through House Bill 99 will allow us to carry out Senator Frank Hoagland's vision to create a new Safety and Crisis Division within the Ohio School Safety Center. This division will be primarily focused on developing and delivering school safety training for educators.

The division will employ a Chief Mobile Training Officer —who will be either a military veteran or licensed law enforcement officer —to oversee 16 new regional training officers.

And — although it's not part of the bill — I have also directed our Ohio School Safety Center to expand its local community liaisons from five positions to 16.

While the training officers will focus exclusively on training, our liaisons work with schools to secure resources and supports for emotional safety; they'll help with the school vulnerability assessments that identify physical safety gaps; and they'll also work with schools on cyber safety as well.

So in total, we're adding 28 new staff members to the School Safety Center. That's 28 more people who will work every single day on nothing but the safety of our schools.

Although this bill was in development well before the recent tragedy in Texas, that heartbreaking school shooting certainly increased the urgency to enact it.

Since many Ohioans learned of House Bill 99 in the wake of the Texas shooting, I think it is important to detail the history of this issue.

Over the past several decades, Ohio law has detailed who may carry a weapon into a school safety zone.

Ohio law has permitted three general categories of individuals to be armed in schools, all of whom are employed to protect students and teachers.

When I was attorney general, I expressed my support for school districts to use that third option to designate individuals to carry a weapon and provide assistance in the event of a threat.

I suggested that schools look at former law enforcement officers or military veterans, or to have a staff member properly qualified, so that someone with significant training would fill this role.

While the law at the time did not address training for this third category of individuals, I advocated that a curriculum be developed so those responsible with securing our schools would have significant and relevant training in this area and would be prepared for potential threats.

The ability of schools to authorize specific individuals to carry a firearm on school grounds remained the general understanding of the law in Ohio until last year when a ruling by the Ohio Supreme Court basically made this option impractical for most schools.

The Ohio Supreme Court ruled in a split decision that, in the majority's interpretation of the two Ohio statues in this area, a person authorized by a school board to carry a deadly weapon in a school had to have the minimum training of a peace officer, which would be more than 700 hours of peace officer basic training or 20 years of documented law enforcement experience.

This ruling had the effect of taking the training of new school-board designees "off the table" as a viable option for school safety, because the more than 700 hours of peace officer basic training is simply unrealistic for most schools and potential staff.

Further, those 700 hours of training are intended to broadly train law enforcement, and the vast majority of that training is irrelevant to school safety. For example, those training hours include:

Requiring all these courses to allow for teachers and staff to be designated to help keep schools safe just doesn't make sense.

In fact, the court's majority opinion acknowledged that the legislature could change and clarify the law.

The result is House Bill 99.

A lot of thought went into this bill. We worked closely with members of the legislature and other experts to carefully craft the law to ensure that anyone authorized to carry a gun on school property would have thorough, school-specific training.

Let me be very clear about what House Bill 99 does not do: It does NOT require that schools arm teachers or any other staff members.

What the bill does do is it essentially reverts back to the prior practice of allowing local school districts to make a local decision on if they will or won't permit certain school staff members to be armed on school grounds.

The Robb Elementary School shooting in Uvalde, Texas, has once again reminded the world how easily people can acquire firearms and ammunition in the United States.

This is a local choice, not mandated by the state. Each school board will determine what is best for their students, their staff, and their community.

It's important to note that before the Supreme Court ruling, Ohio law was not understood to require any safety training for school-board designated employees to carry a gun. House Bill 99 changes that.

If a district chooses to arm staff members, the bill mandates up to 24 hours of school-specific training for these individuals — not hundreds of hours of training on irrelevant topics such as how to write a traffic ticket.

This will be focused training specifically tailored to those working in schools. Simply put, it's quality over quantity.

This training will be carried out regionally by the new Safety and Crisis Division training officers we're now able to employ because of House Bill 99.

To name just a few topics, the bill requires our training officers to focus on de-escalation, crisis intervention, first aid, psychology of critical incidents -- and it will include essential scenario-based training.

Further, those authorized to carry guns in schools must have a criminal background check each year, and they're required to take up to 8 hours of requalification training annually. I've directed the Ohio School Safety Center to require all eight hours each year.

You have my guarantee that the training developed by my Ohio School Safety Center will be comprehensive, quality training.

And we certainly understand that some districts may want even more training for their staff. The bill doesn't prohibit a school district from requiring more, which is why I've also directed the School Safety Center to develop and offer training that goes above and beyond what's allowed by law in House Bill 99.

Again, I want to reiterate that this is a choice, made by local officials, in their own communities, not a mandate by the state.

As governor, I remain committed to supporting and expanding our mental health efforts and services and will continue working with the General Assembly on this.

In the meantime, our schools have a valuable resource in the Ohio School Safety Center for one-on-one consultations on implementing a comprehensive school safety framework. Not only will schools receive feedback on areas of improvement, but our staff will help the schools implement these improvements step by step.

Our school safety teams will also facilitate training in both physical and emotional safety for all school staff to ensure they know how to identify concerning behavior and physical vulnerabilities.

All of the services they provide interact to create a layered approach to school safety – from the physical safety of the buildings, to ensuring staff are properly trained, to making resources available to care for the mental wellness of our kids – ensuring that each layer operates in tandem with the others is so very important.

School safety is everyone's responsibility – not just the responsibility of our schools or government or parents. Keeping our kids safe and secure when the bell rings is something we all must work together to achieve.

I am committed to continuing to do all we can to be a resource for our teachers, administrators, and other school staff to help to protect our kids.

I thank the Ohio General Assembly for their support of these school safety measures, particularly Representative Hall and Senator Hoagland who are here today.

And, again, I can't stress enough the importance of schools using the $1.2 billion investment in the Student Wellness and Success Fund toward services for student wellness. It is so very important that we treat our kids' mental health with as much urgency as we do their physical health.