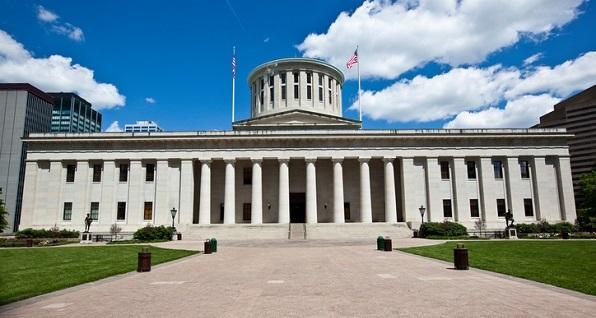 SB 383 amends Ohio law to enact the Ohio Duty to Retreat Act providing an expansion of the locations at which a person has no duty to retreat before using force under both civil and criminal law.

Democrat members of the committee repeatedly attempted to amend the bill with gun control measures, including raising the minimum age to buy firearms, allowing local governments to pass gun laws, and introducing red flag procedures. All these amendments failed.

Opponents to the bill on the committee continued to misstate the purpose of eliminating the duty to retreat. Sen. Cecil Thomas (D-Cincinnati) demonstrated this when he falsely claimed, "This legislation creates, in my opinion, a shoot-first mentality that makes us all less safe and will lead to even more gun violence."

Buckeye Firearms Association has clearly explained that eliminating the Duty to Retreat would NOT change the standard for when lethal force is justifiable in self defense. As stated in testimony given on Dec. 2 ...

In matters of self-defense, the standard test for whether use of lethal force is justified is a near universal standard. You are legally justified to use lethal force when you are (1) not at fault in creating the situation and (2) have a reasonable and honest belief that you are in immediate and unavoidable danger of death or great bodily harm.

Unfortunately, in Ohio, the law confuses the issue with a so-called “duty to retreat.” This concept ignores the standard test for use of lethal force and injects a dangerous requirement to attempt escape before defending your life. This is illogical on its face because either you are in immediate and unavoidable danger of death or great bodily harm or you are not.

If you honestly believe you are about to die, it is cruel and absurd to expect you to attempt escape, delaying your own self-defense and putting your life in even greater danger. Ohio’s Duty to Retreat law is an injustice to victims of crime and an outrageous legal requirement.

Senate Bill 383 removes this duty in a clear-cut fashion. The standard for use of lethal force remains unchanged.

HB 796, an identical bill in the House, is working its way through committee hearings. BFA has provided proponent testimony on both bills and has generated thousands of emails to Senate and House members in support.

We urge Senators and Representatives to take swift action on these vital bills. It's time to eliminate the Duty to Retreat and the end of the current legislative session is coming in just days.

CLICK HERE to go to our Action Center and make your voice heard on this legislation.