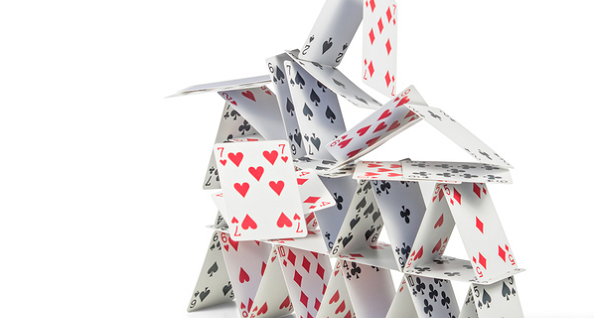 Lost in the midst of the terrible attacks on El Paso, Texas and Dayton, OH was the news that yet another relative of anti-gun Cleveland Mayor Frank Jackson was arrested for committing a crime with a gun.

The 16-year-old great-grandson of Cleveland Mayor Frank Jackson was arrested on suspicion of shooting at Cleveland police officers, according to court documents.

The teen and a 17-year-old boy were charged Friday with felonious assault, discharging a firearm, improperly handling a gun in a car and criminal damaging.

Both teens are being held in the Cuyahoga County Juvenile Detention Center until a July 29 pretrial.

Jackson’s great-grandson and another teen fired shots at the officers about 11:50 p.m. on East 86th Street near Quincy Avenue, according to police.

Officers spotted duo in a car about three miles south on East 93rd Street and Harvard Avenue, according to police.

One of the teens was arrested during the stop, police said. The passenger got out of the car and ran. Officers caught up to him and arrested him, according to police.

Officers reported finding a gun inside the car. Cleveland police have not released any other information on the incident.

Fortunately, no police officer was hit by the gunfire.

Police say the great-grandson was previously arrested on burglary and gun possession charges in 2017.

The Plain Dealer did try to obtain a comment from the mayor (they failed), but they don't seem to have bothered to explore where the minor children got the gun.

In 2018, the mayor's nephew was convicted on a federal weapons charge and sentenced to eight years in prison.

A WOIO (Fox Cleveland) report at the time of his sentencing said Jackson was then put into the Cuyahoga County Court of Common Pleas diversion program, and that if he completed the program the charges would be dismissed.

Fast forward to 2019, and this same man was just recently sentenced to two years probation after yet another run-in with the law.

Frank Q. Jackson, 22, was sentenced to two years probation after pleading guilty to shooting civilians with with a paintball gun in Cleveland.

He was arrested May 19 after pulling up next to people in his truck and shooting them with a paintball gun by Quincy Avenue and Kennard Road.

The victims told Cuyahoga Metropolitan Housing Authority Police that they believed the paintball gun was a real gun at the time.

According to the police report, Jackson does have a concealed carry weapon permit, but he did not tell officers about the permit or weapons in his truck.

WOIO seems generally uninterested in how Jackson was able to obtain a concealed handgun license after the 2017 incident, or why he was not charged with failure to notify in this most recent incident. But there seems to be an emerging pattern here of the justice system failing to properly deal with this individual.