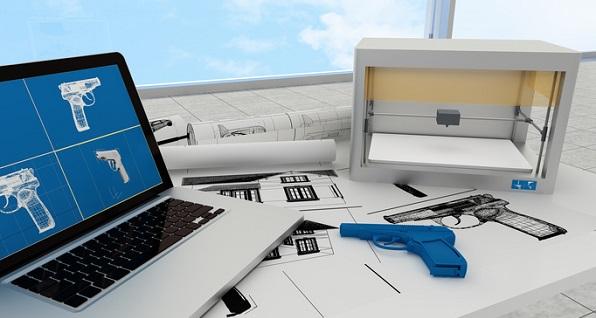 The vast difference between Attorney General Mike DeWine (R) and his Democrat challenger Richard Cordray (D) on the subject of gun rights was on full display Wednesday, with DeWine weighing in on the laws surrounding firearms made on 3-D printers, and Cordray proving his total ignorance on the subject.

During a brief press conference at the chamber’s new offices in the old Columbus Dispatch building across from the Statehouse, DeWine was asked why he didn’t join his fellow attorneys general from several other states in challenging the legality of a Texas company’s plan to publish on its web site instructions on how to make a virtually untraceable plastic gun from a 3-D printer.

“My lawyers in the attorney general’s office tell me that it is legal to make a gun. It is not legal to sell it under those circumstances without a specific permit. That’s what the law is already,” DeWine said.

“I don’t even understand the purpose of the lawsuit.”

Despite the fact that current law is more than adequate to deal with those who might use this (very expensive) new technology to do harm, the Democrats' nominee for attorney general just couldn't help but call for more gun control:

Cordray challenged that decision via Twitter: “3D-printed guns are a bridge too far. @MikeDeWine’s position could allow criminals and the mentally ill to print their own guns at home and severely hamper our law enforcement officers from being able to do their jobs.”

Cordray failed to explain why "criminals and the mentally ill" would pay as much as $100,000 for a printer in order to create a gun (likely inferior) to a gun they can buy illegally on the black market for $100. He also failed to explain why a new law making it even more illegal to do something that is already illegal would stop a criminal, who by his or her very nature does not care about the law.

Unfortunately, calling for new gun controls is nothing new for Richard Cordray. During the primary, called for a ban on "bump stocks" or rate-increasing devices for rifles, and promised, if elected, to appoint a "Gun Violence Prevention Czar."

Cordray also called for a ban on private sales of guns between individuals, supporting the fallacy of a so-called "universal" background check.

Want to give a gun to your great-grandson under Cordray's plan? Ask the government's permission.

Want to give a gun to a co-worker whose abusive ex-husband just found out where she works? Ask the government's permission.

Want to purchase or sell a gun in any way, shape or form if Richard Cordray gets his way? Ask the government's permission.

Want to do things that will truly have an impact on preventing multiple victim public shootings and other crimes committed with firearms? Then don't vote for Richard Cordray.