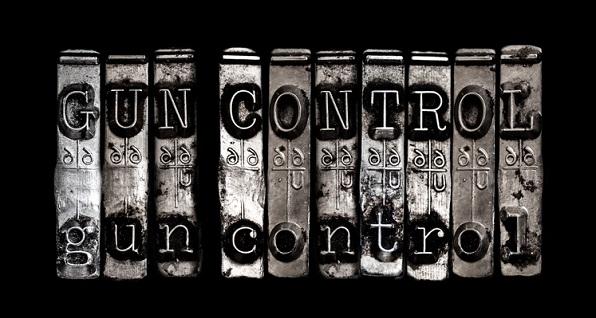 Since the announcement of our endorsement of Mike DeWine for the Republican nomination for governor, we've received a few inquiries as to whether or not we would be making an endorsement in the Democratic primary.

The BFA-PAC endorsement committee has made no endorsement on the Democrat ticket, and comments made by Cordray and his leftist opponents, Dennis Kucinich and William O'Neill, in the wake of the mass murder in a Parkland, FL high school, make me highly confident one will not be forthcoming.

The Associated Press is reporting that O'Neill is backing a plan that would require owners of modern sporting rifles to physically report to local law enforcement with their firearms once a year to receive a permit.

Will another school shooting simply pass into history as a sad but unavoidable tragedy, or will voters do something about it? And if it’s the latter, could it possibly propel the former Cleveland mayor and congressman to the Democratic gubernatorial nomination?

“I believe that we are at a tipping point, that the public awareness of the danger of these assault weapons is so powerful, that no matter who is in office, or who aspires to office, this event in Parkland (Florida) has created a sea change in the way we’re approaching this issue where people are becoming motivated and activated because they realize that all our lives are on the line here,” Kucinich said Monday during an organization rally in Cleveland to ban so-called assault weapons across Ohio.

After noting that his campaign has racked up 1500 new emails in 48 hours with a petition scheme calling for new gun control (emails that will no doubt be used to fundraise with later), the Dispatch article provided analysis from Mark Caleb Smith, director of the Center for Political Studies at Cedarville University in southwestern Ohio:

“The nature of the primary electorate would probably favor someone like Kucinich staking out a position to the left of Cordray. This may benefit Kucinich in the short term because it taps into some long-standing desires of the more progressive wing of the party.

“Cordray, to combat this, may have to make some hard choices. Is this issue sufficiently high profile to force him to reconsider his options? Will voters care about this issue with the same intensity within two weeks or two months? If he thinks the issue has legs and the electorate within the primary is moving toward his left, he may need to think about shifting his rhetoric or embracing some new options.

“If he does this, of course, that might make him even more vulnerable to the GOP candidates in the fall. If they can paint Cordray as anti-gun rights, it could make his life difficult in large parts of Ohio.”

And indeed, judging by a statement issued on Tuesday, Cordray seems to believe the issue does have legs. In that Facebook post, Cordray said he wants to "put all options on the table."

He called for a ban on "bump stocks" or rate-increasing devices for rifles, and promised, if elected, to appoint a "Gun Violence Prevention Czar."

Cordray also called for a ban on private sales of guns between individuals, supporting the fallacy of a so-called "universal" background check.

Want to give a gun to your great-grandson under Cordray's plan? Ask the government's permission.

Want to give a gun to a co-worker whose abusive ex-husband just found out where she works? Ask the government's permission.

Want to purchase or sell a gun in any way, shape or form if Richard Cordray gets his way? Ask the government's permission.

Want to do things that will truly have an impact on preventing multiple victim public shootings and other crimes committed with firearms? Then don't have anything to do with this nonsense.