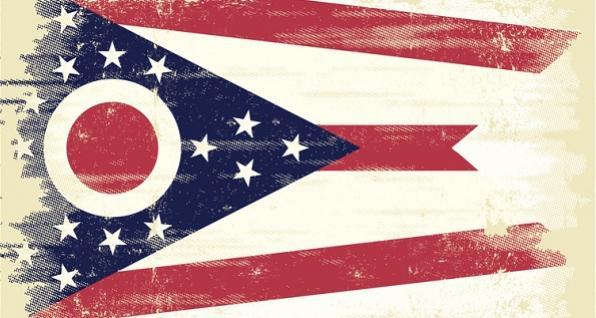 Since 2013, GunsandAmmo.com has ranked the 50 united States and Washington D.C. according to "Best States for Gun Owners."

The 50 united States and Washington D.C. are ranked by Guns & Ammo on the following criteria:

A look at where the State of Ohio has been ranked each year shows that, despite Republicans having had complete control of the General Assembly and governor's mansion since 2010, only small progress has been made to reform our gun laws.

Here are GunsandAmmo.com's rankings over the past six years:

While this chart shows they've made some improvements to our laws, other states are continually making improvements too. And, as such, the Buckeye State still falls in the bottom half of states when it comes to gun rights. Despite the fact that support for the Second Amendment enjoys prominence in the platform of a Republican party which has dominated state politics for most of the past two decades, Ohio ranks 28th.

And, as we approach the end of the 132nd General Assembly, no significant pro-gun rights legislation has been sent to the governor's desk in nearly two years.

Although our concealed carry law passed its 14th anniversary earlier this year, Ohio ranks behind states like Kansas (4th) and Wisconsin (21st), both of which passed CCW laws more recently.

Ohio also falls far behind all but one of its border states (Pennsylvania is 32nd). Michigan, which passed concealed carry one year before Ohio, ranks 26th. Kentucky is ranked 14th, West Virginia ranks 15th, and Indiana comes in 20th.

If they have any hope of bringing the Buckeye State into the 21st century when it comes to gun rights, Ohio's pro-gun rights legislators have their work cut out for them.

As mentioned earlier, no significant pro-gun legislation has been sent to the governor's desk since December 2016. If legislators do not act, HB 228/SB 180 and many other pro-gun bills that are pending will die at the end of December.

If you want to see the General Assembly act to improve gun rights in ways that are already enjoyed by the majority of other states, call your Representative and Senator NOW and tell them you expect pro-gun rights legislation to move in Ohio. They wanted your vote in November. Tell them we want their votes too.