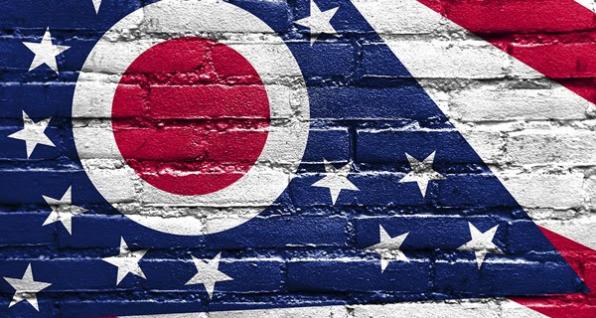 Guns & Ammo "Best States for Gun Owners" shows progress, but Ohio legislators STILL have a lot of work to do

One year ago, and despite the fact that Republicans had been in control of the General Assembly and governor's mansion for 4 years, a lack of progress in improving the state's gun rights law was reflected in the state's fall in Guns & Ammo's 2014 ranking of the Best Concealed Carry States from 39th in 2013 to 41st.

Just a few months after that ranking was published, the General Assembly passed HB 234, which made several significant changes to gun laws in general and a few to concealed carry laws in particular.

G&A has not yet released a 2015 ranking of Concealed Carry States, but the changes enacted via HB 234 did result in a slight uptick in the state's overall G&A ranking of "Best States For Gun Owners."

In that ranking, the 50 united States and Washington D.C. are ranked by Guns & Ammo on the following criteria:

As Guns & Ammo notes, "our founders’ experiment in self-government gave us the gift of Federalism, where states unite under a centralized governing authority while honoring a state’s rights. Though the power of the federal government has increased, the United States still maintains great contrast on the subject of gun ownership.

Things have gotten remarkably better for Ohio’s gun owners since 2014. Residents have seen the passage of pro-gun legislation, and those laws have now taken effect. Suppressors are now legal for hunting, and CLEOs must sign NFA transfer forms, which makes the already good Class 3 category even stronger. Additionally, training for CCW permits was reduced from 12 hours down to eight. Ohio’s CCW law has been changed to what is effectively a “full recognition” system, but the state does have a somewhat restrictive list of prohibited locations. The state enacted a Castle Doctrine law in 2008, but requires a particularly high burden of proof in the case of self-defense. An awkward definition of “automatic weapon” that created problems for certain firearms and magazines has been fixed, allowing for max points in the tactical rifle category.

Despite the changes in HB 234, and although our concealed carry law passed its 11th anniversary earlier this year, Ohio ranks behind states like Nebraska (34), Wisconsin (25th) and Kansas (8th), all of which passed concealed carry laws more recently.

Ohio also falls behind all of its border states. Michigan, which passed concealed carry one year before Ohio, ranks 33rd. West Virgina ranks 21st, Pennsylvania is 20th, Indiana comes in 16th and Kentucky is ranked 5th.

If they have any hope of bringing the Buckeye State into the 21st century when it comes to gun rights, Ohio's pro-gun rights legislators have their work cut out for them.

While several pro-gun rights bills have been introduced in this General Assembly, none have seen action beyond a few committee hearings. It remains to be seen if legislators will be willing to send bills to a governor who is busy running for president.

If you want to see the General Assembly act to improve gun rights in ways that are already enjoyed by the majority of other states, call your Representative and Senator and Governor NOW and ask them when pro-gun legislation is going to move in Ohio. They'll want your votes in 2016. Tell them we want their votes too.