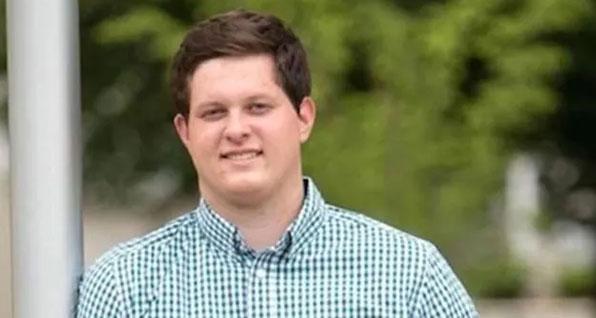 It's unusual to see the news media report anything good about guns or gun owners. But they couldn't ignore how a 22-year-old man used his concealed handgun to stop a mass murderer who opened fire at a food court in a Greenwood, Indiana, mall on July 18, 2022.

CNN, Newsweek, ABC, BBC, and other news outlets, published accounts of how Elisjsha Dicken, a young man shopping with his girlfriend, engaged and stopped the killer with a handgun. Here's how the New York Times covered the story:

A 20-year-old man carrying a rifle and pistol with access to another rifle and more than 100 rounds of ammunition was killed by a bystander two minutes after he began spraying gunfire at diners inside a mall food court in Greenwood, Ind., the authorities said on Monday.

By that time, the gunman, identified by the police as [We Don't Name Them], 20, had already killed three people and injured two others. But the deadly spree on Sunday was cut short by a 22-year-old bystander carrying a handgun while shopping with his girlfriend.

Chief Jim Ison of the Greenwood Police Department called the bystander’s actions “nothing short of heroic,” identifying him as Elisjsha Dicken of Seymour, Ind.

“He engaged the gunman from quite a distance with a handgun, was very proficient in that, very tactically sound, and, as he moved to close in on the suspect, he was also motioning for people to exit behind him,” Chief Ison said at a news conference where he described surveillance video footage of the shooting.

By the way, Chief Ison put out a statement the day after the incident clarifying the timeline, saying that based on the video surveillance footage, Dicken actually neutralized the killer in just 15 seconds.

If this had been the story of a bystander saving a toddler from a well, the entire nation would come together in joyous celebration. Every American would join in to praise the hero who risked his life to save someone else's.

But that's not how everyone is reacting. Just look at these hateful comments from readers of The New York Times:

Tom from Oregon:
"Both the murderer and the guy who stopped him walked into that mall on Sunday intending to shoot somebody dead if the opportunity presented itself; only one of them expected to be praised for it."

AT from East Coast
"Police are praising vigilantism."

Julie K from Austin
"Disappointed in the times for this headline ... framing it this way sure is heartwarming for sweaty-palmed, twitchy, 2nd amendment enthusiasts who take their guns with them everywhere and thusly make the world less safe for the rest of us."

Neildsmith from USA
"Now you can be sure the guns will be on full display across the region at every restaurant, shopping center, and all over. I’m sure it will be fine. Everyone is just a law abiding citizen at the shooting range right up until they let loose on a crowd."

John from OR
"Not to disparage the 'hero' but he was skirting the law by carrying in the mall. Are We sure he wasn't just waiting finish lunch before doing his random act of 'kindness' and got usurped?"

Why do some people feel this way? Because they hate guns, despise gun owners, and can't grasp the idea of someone they dislike doing something good or selfless. This is a common human failure.

The Mayor of Greenwood, Mark Myers, gave us the clue for understanding this prejudice when he called Dicken a "good Samaritan." This term comes from a Biblical parable told by Jesus in Luke chapter 10, verses 30-37. A Jewish man fell prey to a violent robbery traveling from Jerusalem to Jericho, and lay naked, beaten, and half dead along the road.

Others passed him by without providing assistance. But a Samaritan stopped to help. He bound his wounds, brought him to an inn, and paid the innkeeper for all the expenses.

The point of the story is that even though Jews and Samaritans generally hated each other, it was the despised Samaritan who helped, not the other travelers.

One commenter on the Times article told the truth and made the point perfectly:

Mostly from ;Henderson, NV
"I am a coward. I don't want a gun. I am not willing to insert myself in a mass shooting."

There are those who despise him, perhaps even some of the people who are alive today because of his selfless actions. However, among all the "good" people in the food court that day, he's the one who did something. He's the one who helped.

People are not defined by who they are. They are defined by what they DO. And I'm sure many of you reading this article would do the same as Dicken if put into a similar situation.

Despite what the haters think, many of us would come to their rescue too, even though they despise us and probably wouldn't reciprocate if the situation were reversed.

But that's okay. Because this is the reality of gun ownership and being a good Samaritan. We don't do it for other people's love or praise. We do it because it's the right thing to do, whether those who benefit from our actions appreciate it or not.