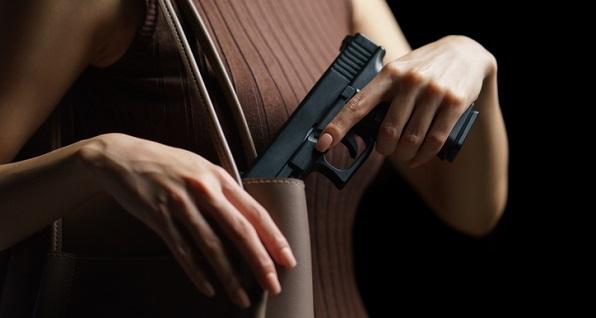 This was the result of an historic effort by Buckeye Firearms Association to abolish the "duty to retreat," an unfair and dangerous policy in Ohio law related to the use of lethal force in self-defense.

This bill brings Ohio into line with as many as 35 other states that have some form of "stand your ground," with no duty to retreat for those who face imminent and deadly harm as long as they are in a place they are legally permitted to be. SB 175 also provides immunity for nonprofit corporations, such as churches and charities, when someone is harmed in a situation related to carrying a firearm.

While this bill changed one technicality in Ohio's self-defense law, it does not change the near universal and well-established standard for use of lethal force, nor does it give criminals a free pass to commit violent crime. But that hasn't stopped naysayers from predicting that the sky is falling, just as Chicken Littles like them have done each and every time improvements are made to Ohio's self-defense laws:

“It's like returning to the wild, wild west,” said Bradshaw. “We think we've seen blood recently; we haven't seen anything yet."

"I have discussed this issue at length with the Lakewood Police Department and share their disappointment in our state government. Chief Kaucheck's greatest concern is the special interests who supported this legislation are deliberately confusing fear with safety and the result is a volatile mixture that will lead to more gun violence, not less.

This law will also undoubtedly make deadly violence more probable and acceptable, as the law removes the obligation of retreat or de-escalation and sets a standard for decreased scrutiny when investigating gun-related crimes.

"The negative impact this law will have on communities cannot be overstated. Granting the right to lean into violent confrontations will inevitably make our streets more confrontational, not less, and gun violence will increase across Ohio.

"It will encourage people to avoid taking an open, obvious way out of a situation."

He's also the co-sponsor of House Bill 38 that would put the duty to retreat back in state law.

He thinks stand your ground laws push civilians away from the rules for the use of force and into the military rules of engagement without proper training.

"We don’t need Joe and Susie Buckeye playing the role of police," Miller said. "These stand your ground folks came at this from the presumption that Ohio is some wild west frontier town."

“This 'no duty to retreat' is a ‘shoot first’ piece of legislation that will permit the use of deadly force by individuals who believe that their lives are endangered anywhere they are. The bill goes entirely too far and it threatens Black lives and it makes Ohioans less safe overall.”

Nichols worries the new law will exact a heavy toll on minority communities.

"It's a racist law," Nichols said. "I think for Ohioans that this is a, very obviously, a step in the wrong direction. This is a step backwards into another century."

“The 'stand your ground' bill, historically, nationwide, has not been a bill that has protected Black people from vigilantism or racism. It doesn’t provide safety for the community. It provides safety for white men and white men only.”

"CCW holders are not the people that worry us with these cases," Yacavone said, "It's the people that think they now just have an avenue to go out and shoot somebody, think that they can rely on self-defense even if it's not a reasonable reaction to the threat they're facing."

"I think about the increased number of incidents that are likely to happen now."

"Perception is power," Jarrells added. And the way people perceive stand your ground laws — even if it's incorrect — can have fatal consequences.

"People don’t understand the specifics of stand your ground. They just hear the words and take a meaning from them," Jarrells said. "We are creating a space where the perception of this law could lead to violence."

I would first like to say that I am extremely saddened when I hear African Americans - including African American gun owners - have concerns that they may not receive equal treatment under the law. But that is no reason not to make sure we have the best laws possible. It IS reason to join the fight to make sure that those laws are applied evenly and fairly, with equal justice for all.

Additionally, I find it highly revealing that Prosecuting Attorney Yacavone and Rep. Jarrells are both acknowledging that even though the things opponents are saying about the law aren't actually true, they still want Ohio to reverse course because of false perceptions about it - false perceptions which, in fact, have been created by the very same people who fought against passage of this law in the first place.

The TRUTH is, Ohio's self-defense law is very robust, and allows NO room for the types of abuses opponents are predicting.

To establish a claim of the need to use deadly force in self-defense, a person must:

The above was required before passage of SB 175, and it is still required today.

Buckeye Firearms Association has been working to improve Ohio gun laws for the better part of two decades. With each and every improvement we have made, anti-Second Amendment extremists have made wild predictions about what would happen. They are never held accountable for their false predictions:

Something tells me that when their predictions about removing the duty to retreat fail to come to pass, there won't be any members of the establishment media willing to ask them about it.

But even though the media repeatedly fail to do their job, we are paying attention, as are most legislators. And that is why Buckeye Firearms Association will continue to have success in our efforts to defend and advance the right of more than 4 million Ohio citizens to own and use firearms for all legal activities, including self-defense, hunting, competition, and recreation.