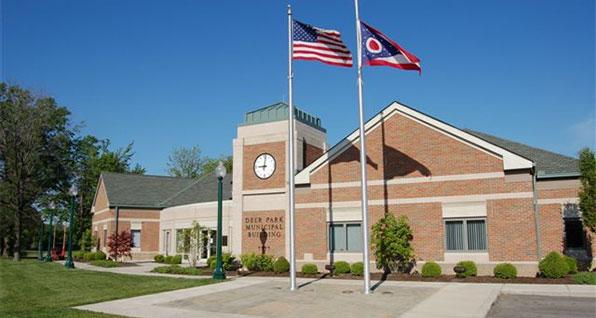 Buckeye Firearms Association provides assistance to many local pro-gun initiatives all over Ohio just like the one described in this story. It is just a small part of our ongoing and comprehensive mission to both protect and advance Second Amendment rights. Click here to see some of the things BFA did last year.

Ohio law under 2923.126 details the responsibilities of an individual with a concealed handgun license. Section B lists the various places that are NOT authorized. Yet, tucked away in paragraph 7 is an interesting phrase, “unless the governing body with authority over the building has enacted a statute, ordinance, or policy that permits a licensee to carry a concealed handgun into the building.”

To be clear there are a number of buildings that the state precludes from even being considered for CHL authorization, and they are delineated throughout the Section, and include locations such as buildings which contain a courthouse or jail or are precluded by federal law.

In Deer Park, OH there are three primary government owned buildings. The main building is the Administration building which includes the Police Department and the holding cells, as well as the Council Chambers which doubles as the Mayor’s Court on a weekly basis: doubly eliminated by state law for CHL. The second building is not a public access building as it is the maintenance shop and there is no need for the public to even be in there…insurance liability after all!

The third building however is the Francis R. Healy Community Center. While it is an aging structure, it is rented rather frequently for a variety of community reasons ranging from birthday, retirement and graduation parties to sign-ups for little league and soccer. For years the front door was graced with an awkward anti-CHL sign simply because it is a government building. Residents renting the building had to forego their own protection. Interestingly, the Community Center is nearly surrounded by the central park – where CHLs are allowed. CHLs are also allowed in the parking lot.

Having heard about and researched the option of 2923.126 B (7), and with a special thank you to Sean Maloney for his help in providing a couple of initial paragraphs, we were able to pass an exemption for the Francis R. Healy Community Center. As of August 7th, CHL holders who rent or attend events in the Community Center will no longer need to make that extra trip back to the car to secure their weapon.

In classic fashion, those on Council who were opposed, raised a number of Chicken Little scenarios to “caution” allowing CHL individuals in THAT building. The truly amazing thing was how even those with a CHL would hardly stand up and vote for the exemption. It is very important to remind people, especially elected officials of some of the recent incidents like the shooting in Virginia Beach which highlights how those intent on harm ignore no-gun signs and to disarm potential victims is to help killers rack up a high body count.

With the anti-CHL sign going away, a standard “Don’t Carry and Drink” sign will be posted, as is customary in restaurants and bars – a request from the Police Department that seems consistent.

If you would like to encourage your elected officials to pass something similar, consider buildings without jails or courts and especially buildings where no “city business” is conducted, you might find that even the municipal insurance company is not opposed. Read the Deer Park CHL Ordinance here.

Charles Tassell is a Council Member in Deer Park, Ohio.