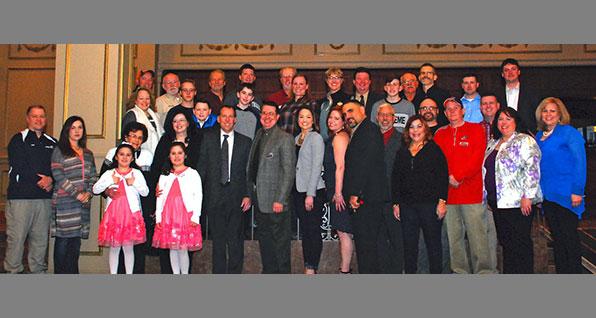 When I began thinking about writing a review of this year's activities, it didn't take long to realize that this would be a daunting task.

While we try to keep supporters informed of what's going on day-to-day and month-to-month, we spend a lot more time working than tooting our own horn. But I started making notes and surprised myself when I saw just how many pages I filled up with the things we do over the course of a single year.

And even now as I look over this long article, I know I'm probably forgetting a lot. But I hope this gives you at least some appreciation for how hard our dedicated leaders work on your behalf.

If you follow Buckeye Firearms Association, you probably already know that we have been publishing a free email newsletter for 15 years. And our website is the most popular destination for gun owners in Ohio who care about their Second Amendment rights, offering over 12,000 pages of information going back to 2002.

Over the years, BFA and its leaders have been a driving force in Ohio for protecting and advancing gun rights. BFA has ...

BFA's efforts have not been confined to Ohio. The organization has been providing assistance to pro-gun organizations in other states for many years, such as sending volunteers to help unseat anti-gun Senators in Colorado and testifying in statehouses around the country to promote better gun laws.

But that was then and this is now. So what have we done for you lately?

Looking back at 2018, here's what Buckeye Firearms Association did for Ohio's 4 million gun owners ...

As I said previously, I'm sure this list is far from complete. And 2018 was not in any way an unusual year. This is just what we do. It's what we've been doing for nearly 15 years, and what many of our leaders have been doing for many years before we became Buckeye Firearms Association.

If you support us through paid membership, by attending our events, or through donations or other means, thank you. We will strive to continue being worthy of your support in 2019 and beyond.