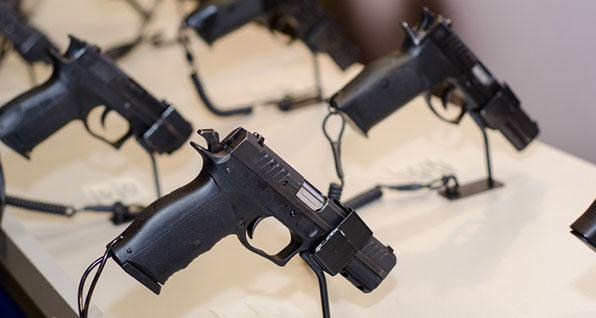 A new study proves once again what we've been saying for years: more guns do not lead to more crime.

Axios is reporting on a study from researchers at the Violence Prevention Research Program at the University of California. They examined the sharp spike in homicides in 2020 to see if they could link it to the equally sharp spike in gun purchases during the same time period.

Their conclusion? There was no connection.

By the numbers: Researchers at the Violence Prevention Research Program at the University of California, Davis estimated there were 4.3 million excess firearm purchases — meaning above expected trends — from March through July 2020, and a 27% increase in firearm injuries over roughly the same time.

A number of politicians have connected the increase in the overall gun count to the spike in homicides, with New York Gov. Andrew Cuomo — after declaring a state of emergency over gun violence — signing legislation that would allow victims of gun violence to sue firearms manufacturers.

Yes, but: Researchers found no clear association between more gun purchases and increased gun violence, other than a possible connection to an increase in domestic gun violence injuries during the first two months of the pandemic, when lockdowns were most severe.

Actually, the study is even more dramatic when you look beyond the media report and examine the data directly.

The researchers conducted a cross-sectional study of the 48 contiguous states and the District of Columbia from January 2018 through July 2020. That means they studied gun sales throughout the county. And here's their exact quote from the paper they published:

We estimated that there were 4.3 million excess firearm purchases nationally from March through July 2020 and a total of 4075 more firearm injuries than expected from April through July. We found no relationship between state-level excess purchasing and non-domestic firearm violence ...

They should have just called us. We could have saved them the time and expense of all that research. There has never been a connection between the number of guns owned by the population and the crime rate.

People don't murder other people because they have a gun. Murders occur because people who are criminal or crazy seek to rob someone, exact vengeance, or act out on feelings of jealousy or hatred. Normal, well-adjusted people don't do this.

The spike in gun sales recently isn't responsible for the spike in murders. If that were true, history wouldn't be full of murder. But it is. It did not suddenly appear when firearms were invented.

I'll tell you the real reason gun control advocates and academic researchers have such trouble understanding the origins of violent crime. It's because they think everyone is the same. They see no difference between normal people with guns and criminals with guns.

The central truth of human beings is this: wicked people do wicked things. If you want to understand why, study the wicked people. And leave the rest of us alone.