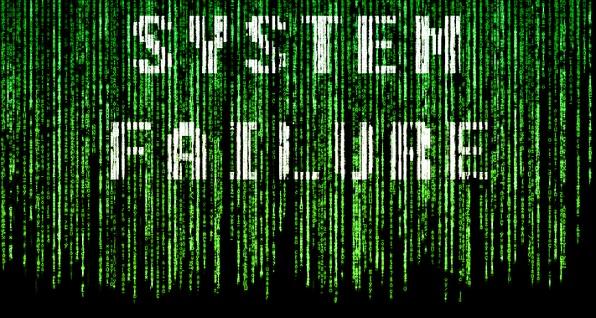 After a mass killing, we see a predictable and frustrating pattern.

Politicians in both parties sense the need to reestablish an image of being "in control" (after a violent criminal once again proves they are anything but in control). There is often a secondary felt need to shift blame, given that investigations usually reveal government failures that led to the criminal being able to perpetrate evil. For these reasons, even supposedly pro-gun politicians often resort to claiming that existing law is simply inadequate to stop these kinds of attacks.

In the aftermath of the recent mass killings in El Paso, TX and Dayton, OH, Democrats and Republicans alike ran to the microphones to claim that 'red flag' laws and "universal" background checks are what is needed to stop these attacks.

We have already spent a considerable amount of time explaining why current law is better than proposed 'red flag' laws when properly utilized, and why so-called "universal" background checks can never stop these attacks (let alone be "universal.") But since some will discount these facts because we are presenting them, we thought it would be helpful to let a anti-gun news outlet prove the case for us.

In this case, it's the Dayton Daily News, a media outlet long-known for its anti-gun editorials.

On August 17, the DDN explained in full detail why proposals to expand background checks to cover private sales between individuals will not stop further attacks.

From the article, entitled "Prosecutions for ‘lie and buy’ gun purchases have been rare":

The title of a September 2018 Government Accountability Office (GAO) report tells the tale: “Few Individuals Denied Firearms Purchases Are Prosecuted and ATF Should Assess Use of Warning Notices in Lieu of Prosecutions.”

From the report itself: Of more than 12,700 U.S. Justice Dept. Alcohol Tobacco and Firearms (ATF) investigations into people thought to have lied on the federal National Instant Criminal Background Check System in fiscal 2017 — people whose gun purchases were denied for that reason — 12 of those cases resulted in actual prosecutions.

Our justice system isn't even able to begin to handle current criminals who try to get around the background check system, and yet our politicians want us to believe that doing MORE background checks will somehow help?

The GAO report also said that at the state level, officials from 10 of 13 states selected for the report said they did not investigate or prosecute firearm-purchase denials.

So 77% of states studied in the GAO report don't even investigate criminals who attempted to purchase a handgun in violation of the law, and yet our politicians want us to believe that doing MORE background checks will somehow help?

One more time, from the anti-Second Amendment Dayton Daily News:

“I tend to be sympathetic with the U.S. attorneys on this matter,” Cook said in an email to the Dayton Daily News. “They do not have the capacity to pursue every criminal case presented to them, and so must be selective.”

Our justice system can't manage to prosecute more than 0.09448 percent of criminals who lie on a federal background check, and yet our politicians want us to believe that doing MORE background checks will somehow help?

Doing more background checks won't help, because there is clearly a gaping hole in our current system wide enough to drive the Starship Enterprise through.

But remember, this isn't why politicians are calling for expanded background checks. They're doing it to provide cover for themselves, or worse, to take advantage of what should be a national time of mourning to push their anti-gun wet dream - universal gun registration and eventual confiscation.