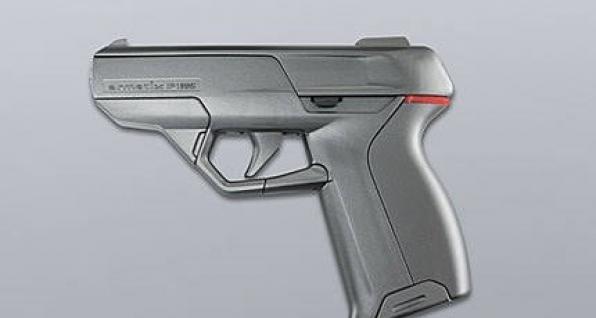 The Gun Safety Consortium is requesting proposals for "smart gun" products like quick-access gun locks and safes and systems to enhance traceability of guns.

The mayors of Akron, Lakewood, South Euclid and Orange Village in Northeast Ohio, along with Dayton, Cincinnati, Columbus and Toledo, are part of the campaign by the Industrial Areas Foundation.

The long-term goal is for police officers nationwide to use the technology when storing their service weapons at home – and to generally encourage production of technology that makes guns more secure.

“Public sector or government buyers have the power, in concert with others, to change the priorities of the gun industry,” said Richard Gibson, a Cleveland pastor and member of the Greater Cleveland Congregations. “It’s our goal to make safety, and not just killing, a priority that is demanded by the market.”

As is often the case, gun control groups like these attempt to use poll-tested words like "gun safety" as mask for their real intentions.

All it takes is a little digging to prove they aren't actually concerned with gun safety, but rather with gun control. (For example, there are multiple images on the Gun Safety Consortium's website showing people holding guns while pointing the muzzle at other people, thereby breaking several basic gun safety rules.)

"This has nothing to do with laws, ordinances, regulations, restrictions," Kapszukiewicz said. "This is using the power of the free market… to encourage responsible behavior among the gun industry and among those who purchase guns."

Kapszukiewicz, who recently hired a man to the position of "gun violence manager" specifically because he had a criminal record, and whose recent attempts to use the "power of the free market" to force gun dealers to stop selling modern sporting rifles to the public failed miserably, uses more poll-tested words like "non-partisan" and "common sense" to promote claims that the consortium's efforts have "nothing to do with laws, ordinances, regulations, restrictions."

Coverage by Cleveland.com reveals the anti-gun rights nature of the members of this group:

During a press teleconference, Cranley -- who is planning a bid for governor -- said the effort is a way to address gun violence even though “The NRA has a stranglehold on the (Ohio) General Assembly.”

Cranley's criticism serves as proof that the consortium isn't just about the free market.

If they were interested only in operating in the free market - Cranley would not be criticizing the NRA, because the NRA does not oppose the development of “smart” guns, nor the ability of Americans to voluntarily acquire them.

What the NRA - and we at Buckeye Firearms Association - DO oppose is any law prohibiting Americans from acquiring or possessing firearms that don’t possess “smart” gun technology. And it is clear that is exactly what the Gun Safety Consortium would be pressing for if they thought they had a chance in the Ohio General Assembly.