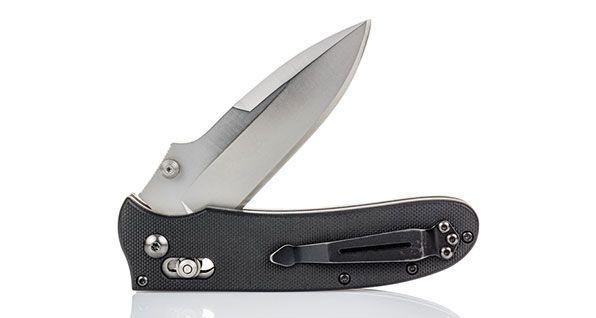 With the August legislature recesses over, Knife Rights efforts are picking up again. [This week], at a hearing of the Ohio Senate Veterans and Public Safety Committee, a substitute version of SB 156, Knife Rights' Ohio knife life law preemption bill, was introduced.

The substitute version is the result of efforts by Prime Sponsor Senator Kristina Roegner’s office and our Director of Legislative Affairs, Todd Rathner, to address potential legal issues that were identified after the bill's initial introduction. This version simplifies matters by adding “knives” to Ohio’s existing firearms preemption statute and making relevant changes to accommodate that addition.

Sen. Roegner provided sponsor testimony at the hearing, saying, "after the enactment of SB140 last session (authored by Knife Rights), an issue remains in Ohio because of a patchwork of confusing local ordinances. What is legal to carry and possess in one town may be a serious crime to possess in another. This patchwork of laws is confusing, unreasonable, difficult to enforce and nearly impossible for the average citizen to follow."

Knife Law Preemption is a Knife Rights criminal justice reform effort that nullifies existing ordinances and prevents new local ordinances more restrictive than state law which only serve to confuse or entrap law-abiding citizens traveling within or through the state. Preemption ensures citizens can expect consistent enforcement of state knife laws everywhere within a state.