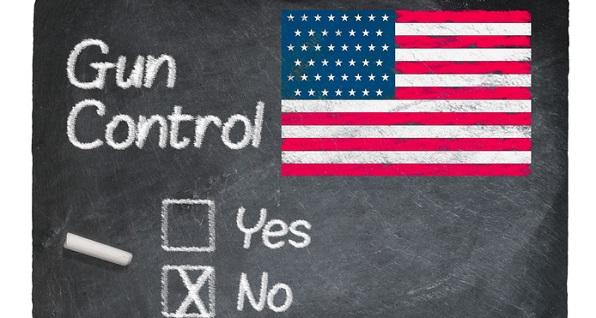 Polls: No Lasting Support for Gun Control One Year After Parkland

Thursday February 14 marked the one year anniversary of the terrible crimes at Marjory Stoneman Douglas High School in Parkland, FL.

It was a somber occasion, but some media outlets couldn’t contain their glee this week that last year’s horror might finally advance the anti-gun agenda. A CNN headlined heralded “A new era on guns.” “After Parkland, everything is different,” Salon gushed.

But a new nationwide poll by NPR/PBS NewsHour/Marist tells a different story. The News Hour headline summarized the essential point, “A year after Parkland, support sinks for stricter laws on gun sales … .”

Specifically, the percentage of adults favoring stricter laws covering the sale of guns has dropped 20 points since the immediate aftermath of the Parkland killings, to 51%. In contrast, 46% of those surveyed believe such laws should be less strict or kept as they are. The difference between these responses is essentially a statistical tie, given the poll’s margin of error.

As the Washington Post noted with reference to Gallup and Civiq’s dalily tracking polls, “public support for stricter gun laws has returned to pre-Parkland levels.”

The Marist poll also found only 42% of respondents believed stricter gun legislation should be an “immediate priority for the current congress,” versus 56% who opined that it was not an immediate priority or not a priority at all.

Nevertheless, on Wednesday, the House Judiciary Committee advanced two major gun control bills along strict party lines. H.R. 8 would ban most firearm loans and transfers between two private parties. H.R. 1112 would eliminate the current three day safety valve for uncompleted NICS checks. It would instead institute a new procedure where the transferring FFL would have wait 10 business days after initiating the open NICS check. The prospective purchaser would then have to petition the FBI for an answer to the query, then wait an additional 10 business days before the transfer can proceed.

Contrary to these surveys, the bills were portrayed by their proponents as reflecting a resurgent demand for gun control following the events of Feb. 14, 2018.

Yet even those proponents could not claim that either bill would have prevented the incident at Parkland.

Nor are they likely to stop other firearm-related crimes. Archly anti-gun media outlet Vox.com recently admitted as much. “[A] growing body of research suggests that comprehensive background checks alone won’t do much, if anything, to combat gun violence in America,” it conceded, even as it argued for far stricter gun control measures.

Democrats likely have the votes to pass both H.R. 8 and H.R. 1112 in the House. Their prospects in the Senate, however, appear far less favorable.

Whatever might have changed after Parkland, it hasn’t altered the basic realities that Americans support the Second Amendment and that gun control advocates continue to push measures that would unfairly penalize law-abiding gun owners, without actually reducing violent crime.

Your NRA has been a keeper of that flame since 1871.

And unlike the media-fueled emotionalism of gun control supporters, we’re not going anywhere.