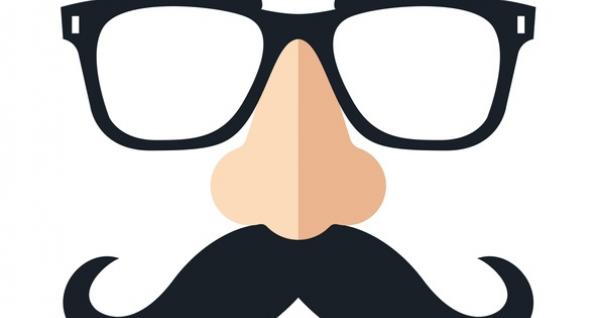 The Columbus Dispatch is reporting that a newly-minted "dark money" group trying to drum up support for Governor Mike DeWine's gun control bill, SB 221, has ties to the governor himself.

Standing By Ohio, which advocates for a "safe, secure and free future," recently spent about $8,000 on Facebook advertisements urging people to ask their state senators to support DeWine's gun bill. 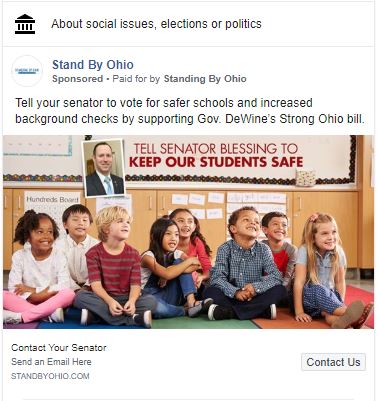 The Facebook ads feature a row of smiling schoolchildren sitting on a classroom floor beneath the words: "Tell your senator to vote for safer schools and increased background checks by supporting Gov. DeWine’s Strong Ohio bill."

When newly-minted "grassroots" groups seemingly pop up out of no-where, it is wise to do some investigating. And that is just what the Enquirer did...

Who is behind Standing By Ohio?

Standing By Ohio Inc. was incorporated in Virginia on Aug. 21 – weeks before DeWine announced the details of his gun plan – by James Tyrrell III, a Republican lawyer based in Washington, D.C.

The group was set up as a 501(c)(4) nonprofit, which can receive unlimited contributions and does not need to disclose its donors. Political activity is supposed to be limited, but the IRS has done little to enforce that, according to the Center for Responsive Politics.

The article goes to report finding various ties back to Governor DeWine:

It should come as no surprise that a fake "grassroots" group was necessary to attempt to create support for this piece of legislation. DeWine's SB 221 has little support in the legislature, and even less among gun owners.

So how is the new Standing By Ohio doing on gaining a following? According to the Enquirer, "Standing By Ohio has a sparse social media presence so far. The group's Facebook page, launched late January, had six followers as of Monday. The group's Twitter account had no activity."