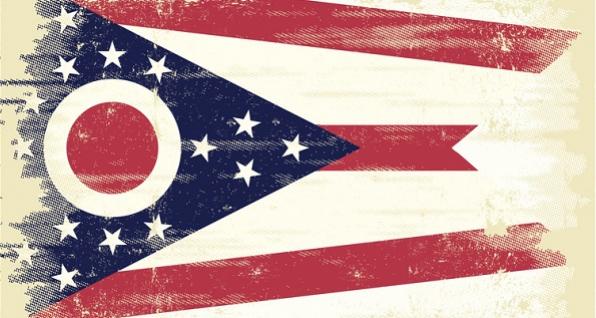 "You never want a serious crisis to go to waste. It's an opportunity to do things that you think you could not do before." - Obama White House Chief of Staff Rahm Emanuel, Nov. 19, 2008

It's been two weeks since a mentally-ill young man carried out his plans to commit mass murder in his former high school in Parkland, FL, and while anti-Second Amendment politicians didn't even wait two hours to try and take advantage of the "opportunity" to push their agenda, other politicians took a bit longer jumping on the bandwagon.

Despite the fact that we now know government officials at every level - from the Broward County Sheriff to the FBI - failed in their duties to prevent this killer from carrying out his acts, some in government are all-too eager to blame and punish law-abiding gun owners who had absolutely nothing to do with this sick act.

Ohio Governor John Kasich (R) has joined the call for gun control, telling ABC's "This Week" he sees a "window" of opportunity.

But let's be honest. The "window" John Kasich is trying to exploit is a totally self-centered one. Kasich believes he might be able to prop up yet another presidential campaign (he has already tried twice) on the publicity he gains with every angry diatribe on national media.

Which explains why he ran to the CNN cameras to call for a ban on "God-darned AR-15's," and is now bragging about having worked with then-President Bill Clinton (D) to pass a ban in 1994, despite having admitted on multiple occasions - including just over a year ago - that the ban didn't work.

It explains why he told ABC he'd like to see a limit on guns "with 30 bullets in it" and a ban on rate-increasing devices for semi-automatic rifles.

It explains why he ran to the NBC cameras and declared opposition to Ohio legislation aimed at removing an absurd state pertaining to the burden of proof in self-defense cases that doesn't exist in any other state in the union.

And it explains why he is also voicing tepid support for arming teachers. Wait around long enough and John Kasich will agree with you, the voter, on...well...something or other. That's what good politicians do. (They're also good at making sure each network gets it's own "Breaking News" headline - note above how he gave something different to each media outlet he appeared on.)

We've come to expect this kind of thing from Kasich. We've spent the last few years fighting his behind-the-scenes attempts to water down our bills even as he publicly claimed to support your Second Amendment rights and bragging about signing those very same bills.

John Kasich is a politician's politician. We hope others don't wish to join him in that regard.

We are disappointed that President Donald Trump (R) is calling for a ban on bump stocks, and voicing support for taking away the Second Amendment rights of military-aged adults under the age of 21, even as he also brought the need to arm willing school staff members to the forefront of our national conversation.

We are disappointed that Senator Rob Portman (R) has come out in favor of stripping military-aged Americans of the Second Amendment rights entirely until they turn 21, and said that "everything should be looked at," including a ban on modern sporting rifles. In an interview with WKSU (NPR Akron), Portman also revealed that he is unfamiliar with current Ohio law, suggesting that a 30 round magazine size limit is in effect here and should be expanded nationwide. (There was, in fact, technically never a ban on 31+ round magazines in Ohio, but a poor definition of automatic firearms was removed from state law in 2015 thanks to BFA-backed legislation.)

[Editor's Note: A previous version of this article included Attorney General Mike DeWine in the list of persons who had called for a ban on bump stocks. This report was based on an inaccurate Cleveland Plain Dealer article. Attorney General Mike DeWine (R) has assured us he continues to focus on solutions rather than blaming tools. He is a strong proponent of arming teachers and one who has done much in recent years to support gun rights.]

At this point, there is absolutely no hope for John Kasich. But to Donald Trump, Rob Portman and any other elected official who truly want to be about solving the problems in our schools, it is time to focus on solutions, not appeasing anti-Second Amendment extremists and the rest of the "blame-the-tool" crowd. Part of the solution IS arming willing teachers. And we're proud that FASTER Saves Lives has been doing just that for five years and counting.