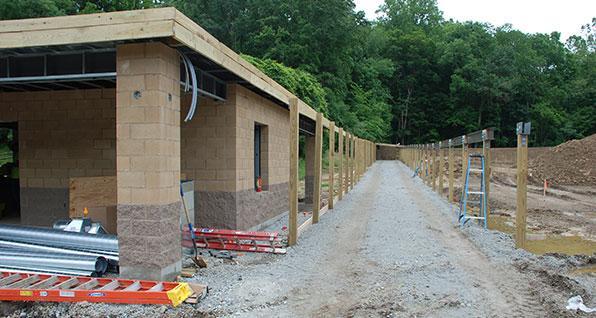 NOTE: Buckeye Firearms Association leaders serve on the Division of Wildlife Range Committee and have played a key role in the Sportsmen's Alliance "Protect What's Right" campaign to get dollars into the Ohio budget for range upgrades around Ohio. There is still much work to do, but we are pleased to be part of this vital work for Ohio's millions of gun owners.

Perhaps the two most asked (non-coronavirus related) questions in my area of southwest Ohio are: 1) What is going on with the Spring Valley Wildlife Area range and 2) When will the range reopen? They are also the two least answered questions. Last August I wrote that the range was, more or less, on schedule despite the poor weather over the winter and spring. While I felt the ODNR Division of Wildlife was, perhaps, overly optimistic about the reopening date, there was nothing to reflect the impending doom and indefinite closure that is the current situation.

The piece included this:

Brett Beatty, Division of Wildlife District 5 Wildlife Management Supervisor, reports, "The contactor has managed to stay on schedule. The project planning included some allowances for bad weather. It has been a challenge. We are still hoping for a late August 2019 re-opening although an exact date has not been established. We want to have the range fully operational before the fall hunting seasons. The project has proceeded as planned. There have been some minor unanticipated issues but so far the contractor has been able to work through everything. Everyone is focused on the completion of Phase I. The contractor deserves a huge thank you for all their efforts to get this major project completed on schedule."'

My conclusion in that same article was:

"It seems a little amazing that, given the wet weather in southwestern Ohio, the contractor has managed to move so much dirt and maintain the schedule. Having seen the plans and the ranges, I understand why the Division is so excited about the modernization efforts. Shooters should be excited when the range opens to have this state of the art facility. The only question remains, given the continual rainy forecast, is how soon can the project be completed?"

We still do not know when the project may be completed. What is known is that the range is not open.

Division of Wildlife Chief Kendra Wecker provided the following statement, with the approval of the ODNR legal counsel for the Spring Valley Range, "The completion of the Spring Valley Shooting Range improvement project has been delayed. During construction of the project it was determined that the original design did not provide adequate assurance that all fired bullets will be safely confined within the range. The design issues are being addressed so as to provide a safe shooting experience for users of the range as well as the general public. The Division of Wildlife is focused on creating safe and modern shooting ranges for the citizens of Ohio. We appreciate your patience as we work to complete the first phase of construction, while phase II construction of the Outdoor Education Training Center proceeds."

The Division of Wildlife has made no announcement regarding the nature nor significance of the issues. Lacking official word, the rumor mill, complete with someone's second cousin's brother-in-law who either works there or lives next door nonsense, is alive and well. Everything is being talked about from the realm of probability to the absurd. Certainly it is not just a matter of moving dirt or pouring concrete. Given the Chief's reference to fired bullets being contained at the range, it appears most likely there are issues with the backstops. While the Chief didn't use the words blue sky or eye brows that is likely the focus.

C. Vargas and Associates, LTD is a range engineering and consulting company located in Florida. They are not, to my knowledge, involved in the Spring Valley work. Clark Vargas wrote, in part, "For new ranges, the shooting industry recommended in 1989....that contained range protection should be designed. Fully contained in urban settings and partially baffled for ranges more removed from development. That recommendation never applied to existing ranges of any specific configuration and it was left to the engineers and range designers to figure out what specific low cost fix should be implemented to make existing ranges work economically. The Industry finally addresses this concept in the NRA Manual of 1989 revisions to the prior manual. ‘All bullets will be contained within the ranges property lines."

His writing continued, again in part, "The “No Blue Sky” concept relies on range rules that require the shooter not to chamber a round until he is an approved position such that when he chambers he can not see blue sky. When this occurs then the bullet can not get directly out of the range if adequate baffling material is used. More sophisticated baffling methods were shown by the NRA in the 1998 Range Source Book where wood, wood and gravel, and wood and steel, and steel, rubber baffles are shown as acceptable methods of baffles to destabilize or stop the bullet and when coupled with the range rules of “No Blue Sky”, a safe design results. For a firing range with sufficient property it is not necessary to stop the bullet at the baffle. Destabilizing the bullet and causing it to fall within the properties controlled safe zone is sufficient. If you don’t have a large shooting range parcel or property, more robust baffles are needed, until finally the bullet is contained within the perimeter of the range itself. The “No Blue Sky” concept is the most economical way to make ranges safer." (Reference
http://www.cvaltd.com/2010/12/surface-danger-zone-and-no-blue-sky-concept/)

This is clearly the point of contention for completion of Spring Valley range. Division of Wildlife personnel have told me they cannot comment about the range per the direction of the ODNR attorneys. Clearly there are some sensitive negotiations or, perhaps more likely, a lawsuit in process regarding something in the design or construction of the range. Meanwhile shooters are anxiously awaiting information when the range may reopen. Spring Valley Range was the most heavily used state operated range. Hopefully the shooters will soon be able to return.