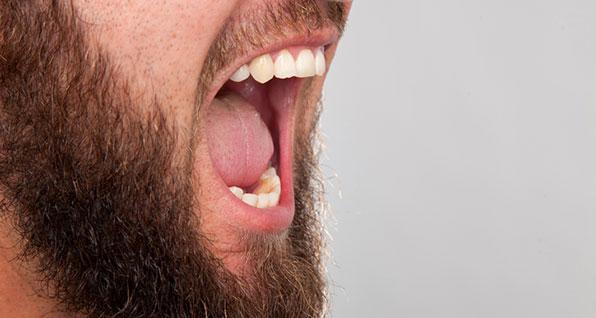 Threats and bad behavior do NOT advance gun rights

The Buckeye Firearms Association wants to make it clear to our supporters, to public officials and to all Ohioans that we fully denounce the use of threatening language, whether literal or figurative.

Such behavior by one organization’s leadership, as reported by several news outlets earlier this month, was severe enough to prompt an investigation by the Ohio State Highway Patrol.

The use of such phrases as “there will be political bodies laying all over the ground” and “we will pull the trigger and leave the corpse for the buzzards” is unprofessional and inappropriate and does nothing to advance the Second Amendment cause. In fact, such language has the opposite effect, shutting down communication with the very people who are needed to achieve results.

Although the BFA will openly oppose and speak out against any anti-gun legislation or legislators whose actions are contrary to the Second Amendment, we find no value in personal attacks and childish name-calling, such as referring to a public official as a “horrible human being,” a “dumb doofus,” a “schmuck,” or a “jerk.”

These are the types of actions and comments we would expect from Antifa, not from gun rights activists who want to be taken seriously.

For years, gun-control extremists have conflated law-abiding gun owners with criminals and terrorists, claiming that our advocacy for Second Amendment rights is proof that we're dangerous. We have heard anti-gun leaders here in Ohio suggest that we are just one trigger pull away from being murderers and that our very presence constitutes a threat to public safety.

During a live CNN town hall, Hillary Clinton even suggested that gun owners are little more than a "minority of people" who "hold a viewpoint that terrorizes the majority of people."

When someone who claims to be a gun-rights advocate uses such violent rhetoric in the wake of two recent mass murders, it simply feeds the false narrative that gun-control advocates and many in the mainstream media have been pushing for decades.

"See?" they'll say. "We were right all along. Gun owners are crazy and unhinged."

What is our goal, after all? Is it to convince the world that we gun owners are just as terrible as some say we are? Or is it, in the end, to show that we're really just ordinary people who happen to believe in exercising our Constitutional rights?

Remember, this is not just a legislative battle. It's a culture war. It's not just WHAT we do, but HOW we do it that will win hearts and minds.

When we were working to bring concealed carry to Ohio back in 2003, opponents said that we were nuts and that if we were allowed to carry guns, there would be blood in the streets. Every dispute would end in gunfire. Every neighborhood would become a shooting gallery.

Today, many of those gun rights opponents admit that their predictions didn't come true and that maybe we're not quite as crazy as they assumed. Even the media, which staunchly opposed carrying guns years ago, has significantly softened on the issue.

That is a HUGE victory!

BFA and other groups have worked hard to bring us so far. Along with groups like Ohioans for Concealed Carry and Ohio Gun Collectors Association, we have made it a point to present ourselves to the media and the public as decent, law-abiding citizens who simply want to raise our families and live our lives the same as anyone else. We're not Nazis, racists, criminals, or terrorists. We're doctors, farmers, business owners, bus drivers, mothers, fathers, truck drivers, police officers, teachers, and ordinary people of every race and religion.

How sad it would be to throw away all the progress we've made because gun rights advocates choose to create division and foment hate within the gun owning community simply to rack up more Facebook likes?

Can we afford to be our own worst enemy at this crucial moment in history with an election over the horizon, with an important U.S. Supreme Court case just weeks away, with a Democrat party lurching ever leftward and candidates vowing to ban, register, and confiscate guns?

We're always saying we're the "good guys," that we're the adults in the room. If that's true, let's prove it and refuse to condone childish behavior in our own Second Amendment family.

We encourage all Ohioans to do their research before supporting any organization. Vet its leaders and see if they have a history of questionable practices in Ohio or in another state. Make sure your funds and donations are being used to support long-term victory and not just lining someone’s pockets.

Buckeye Firearms Association volunteers have been fighting for your rights since 2002 and we're happy to list our victories and share exactly how we defend your rights year after year.

"Ohio Gun Owners" is not here to help