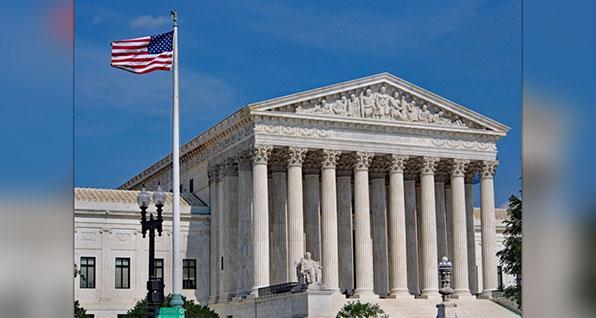 Earlier this year, Buckeye Firearms Foundation was asked to be a party in an amicus brief to be filed in the upcoming U.S. Supreme Court case of New York State Rifle & Pistol Association v. City of New York (NYSRPA v. NYC).

After much anticipation, and an attempt by New York City to "moot" the case, or prevent it from coming before the Court, the Justices will finally hear oral arguments, scheduled for Monday, Dec. 2, 2019 from 10-11 a.m.

It has been 10 years since the last time the Supreme Court agreed to hear a Second Amendment case. District of Columbia v. Heller (2008) and McDonald v. City of Chicago (2010) both resulted in landmark rulings, and our Foundation was involved in both cases, providing an amicus brief for each.

In short, the Heller ruling affirmed that gun ownership is an individual right, while the McDonald ruling concluded that this right applies to the states. However, these rulings were narrowly tailored and did not decide every possible issue related to the Second Amendment and gun rights.

In NYSRPA v. NYC, the court will consider whether New York City’s ban on transporting a licensed, locked and unloaded handgun to a home or shooting range outside city limits is consistent with the Second Amendment, the commerce clause and the constitutional right to travel. In other words, it will take up where Heller and McDonald left off and look at whether the Second Amendment applies outside the home.

Here is the official question presented to the Supreme Court:

QUESTION PRESENTED: New York City prohibits its residents from possessing a handgun without a license, and the only license the City makes available to most residents allows its holder to possess her handgun only in her home or en route to one of seven shooting ranges within the city. The City thus bans its residents from transporting a handgun to any place outside city limits-even if the handgun is unloaded and locked in a container separate from its ammunition, and even if the owner seeks to transport it only to a second home for the core constitutionally protected purpose of self-defense, or to a more convenient out-of-city shooting range to hone its safe and effective use.

The City asserts that its transport ban promotes public safety by limiting the presence of handguns on city streets. But the City put forth no empirical evidence that transporting an unloaded handgun, locked in a container separate from its ammunition, poses a meaningful risk to public safety. Moreover, even if there were such a risk, the City's restriction poses greater safety risks by encouraging residents who are leaving town to leave their handguns behind in vacant homes, and it serves only to increase the frequency of handgun transport within city limits by forcing many residents to use an incity range rather than more convenient ranges elsewhere.

The question presented is:

Whether the City's ban on transporting a licensed, locked, and unloaded handgun to a home or shooting range outside city limits is consistent with the Second Amendment, the Commerce Clause, and the constitutional right to travel.

According to SCOTUSBlog, "The justices will vote on the case within a few days after the oral argument. If they decide that the case is moot, they could theoretically dismiss it relatively quickly. But the justices clearly do not regard the question as an easy one (as evidenced by the fact that they declined to dismiss the case when the city suggested that they do so this summer), so even an opinion finding the case moot could take some time. An opinion on the merits of the case is likely to take longer still, but in any event we can expect one by the end of June."