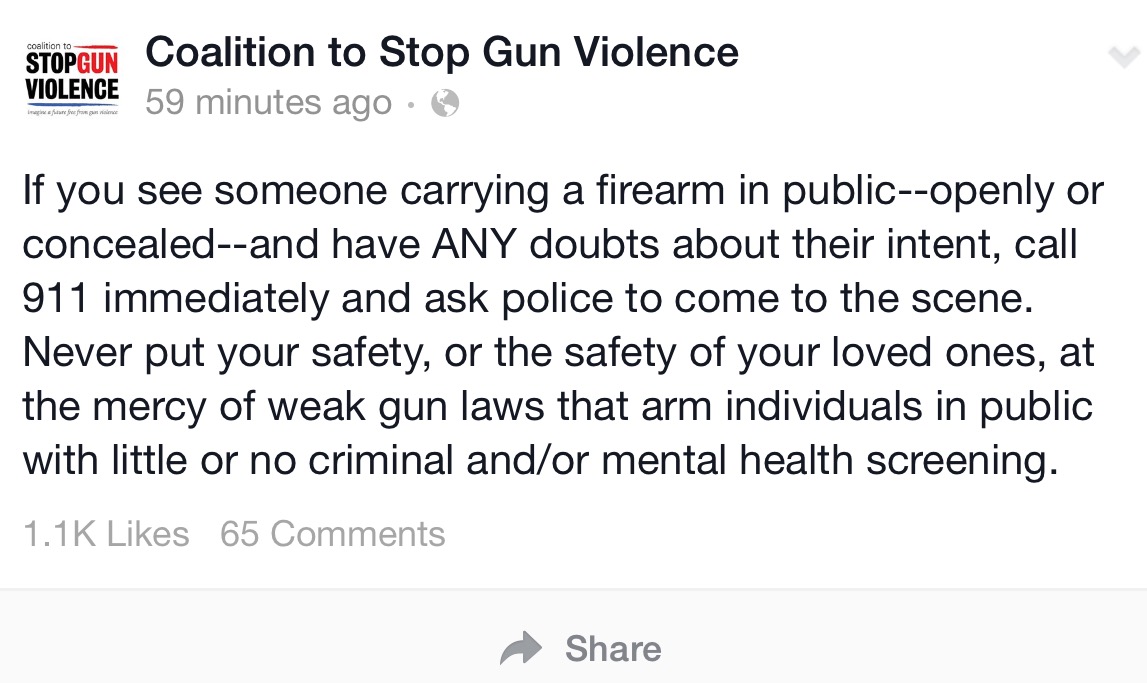 These types of "man with a gun" calls result in law enforcement showing up with guns drawn, ready to stop a lethal threat, putting innocent gun owners in danger of being killed.

The practice is called "SWATting, and it even has it's own Wikipedia entry:

Swatting has been associated with online harassment campaigns...

This isn't the first time an anti-gun rights group has suggested endangering law-abiding citizens in this way. Groups like Michael Bloomberg's Moms Demand Action for Gun Sense in America have also advocated the dangerous practice. And as we documented many years ago, in the immediate wake of passage of Ohio's concealed carry law back in 2004, the Ohio Coalition Against Gun Violence (OCAGV) (who had only months before argued concealed carry laws were unneeded since open carry is legal in Ohio) issued a press release in which it advocated phoning in prank "man with a gun" calls:

"If you see someone with a gun, continue to assume their activity is suspicious. There is no way for you to determine the 'law abiding' from those with criminal intent. Call law enforcement to investigate and leave the area."

That's right - not only was the OCAGV guilty of openly encouraging the act of burdening Ohio law enforcement community with frivolous prank calls, they shamelessly told supporters to flee the scene before the officers they called arrived. Could this be because they knew their prank callers might wind up being the ones charged with a crime?

Indeed, the practice can be prosecuted through federal criminal statutes. Again, from Wikipedia:

While the OCAGV, both in 2004 and now, had almost no supporters to speak of, the same cannot be said for the national CAGV, which has over 170,000 followers on its Facebook page. And judging by comments on the extremist group's page, many are already engaging in this potentially deadly tactic.

While we are thankful that open carry is legal in Ohio and want it to remain so, this tactic by gun ban extremists provides yet another argument in favor of concealed carry. The crazies can't call police about a gun they don't know you're carrying.