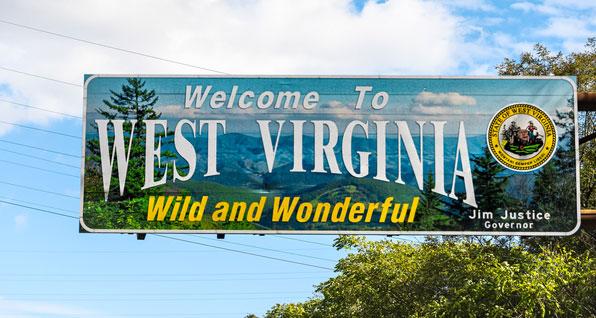 Can nonresidents carry concealed in West Virginia without a permit?

All the questions have been roughly the same: "I thought I could carry without a permit in West Virginia, but my (neighbor, friend, instructor, sheriff, etc.) told me only West Virginia residents can carry permitless. Which is true?"

I'll admit that even some of us at BFA were a little confused about this topic. We published an article a while back that suggested West Virginia reserved permitless carry for residents. And the subject came up during a Keep and Bear Radio podcast discussion about carrying out-of-state.

We've been receiving so many inquiries, I figured it was time to do a little research and set the record straight.

West Virginia revoked its carry license mandate on May 24, 2016, making it the eighth state to allow permitless carry, joining Alaska, Arizona, Arkansas, Kansas, Maine, Vermont, and Wyoming. (As of this article, 25 states now have permitless carry.)

So what exactly does the law say? On the page summarizing West Virginia laws, the Traveler's Guide to the Firearm Laws of the Fifty States, authored by Scott Kappas, an attorney in northern Kentucky, says this:

Anyone who is 21 years or older, a U.S. Citizen or legal resident and not a criminal may carry a concealed weapon in a vehicle or on his person in most public areas.

West Virginia is a Permitless Carry state and any resident or non-resident who is 21 Y/O or Active Military 18 Y/O and can legally possess a firearm can carry it concealed in West Virginia without any type of permit/license.

Finally, we can look directly at West Virginia law itself. Here's the reference in Chapter 61, Article 7:

(c) Any person may carry a concealed deadly weapon without a license therefor who is:

(1) At least twenty-one years of age;

(3) Not prohibited from possessing a firearm under the provisions of this section; and

As you can see, there is no residency requirement. "Any person" may carry a concealed deadly weapon without a license, as long as you meet the stated requirements and are not otherwise prohibited from possessing a firearm.

Note that in West Virginia, there are a variety of disqualifiers that prohibit you from possessing a firearm. These include having been convicted of a crime punishable by more than a year in prison, being addicted to alcohol or a controlled substance, or being subject to a domestic violence protective order, among others. If you're in doubt about your legal status, read the full list of disqualifiers here.

So, can a nonresident carry concealed in West Virginia without a permit? Yes.

Just one final word: Carry laws change frequently, so it can be difficult to stay current on the laws of all 50 states. Careful research before you travel is always a good idea. And if you're able, it's wise to carry a valid Ohio Concealed Handgun License.

While it may not be strictly necessary to have a license when you're carrying in certain states, it's a great way to avoid hassles and legal misunderstandings.