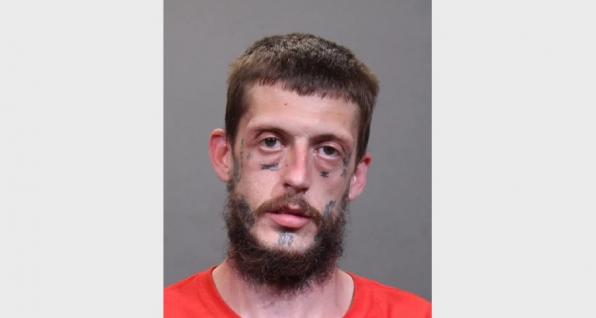 WCMH (NBC Columbus) is reporting that Columbus Police and federal authorities accuse a Columbus man of illegally possessing a firearm while attending a Columbus protest.

The Columbus SWAT team says when they arrested Murdock, he had a semiautomatic 2.23 caliber rifle with live rounds of ammunition.

“Peaceful protests can turn into tragedies if illegal possession of firearms becomes part of the mix,” said David M. DeVillers, United States Attorney for the Southern District of Ohio.

According to WCMH, police records state Murdock pleaded guilty in Frank County Common Pleas Court in October 2007 to attempted burglary and to robbery in October 2016. Both were felonies.

Additional details were made available in separate coverage by WSYX (ABC Columbus):

According to the complaint provided by the United States Attorney for the Southern District of Ohio's office, a Columbus Police officer was monitoring protests near Broad Street and Front Street on June 24 when he claims he witnessed "on camera" a man, Ronnie Murdock Jr., 31, as a previously convicted felon holding a rifle. The officer stated Murdoch was known to him.

The officer stated in an affidavit that he witnessed Murdock and another man identified as Coleman pass a rifle back and forth several times. Later that night, Columbus SWAT officers located Murdock and Coleman together at 9:30 p.m. on West Broad Street and Front Street and arrested Murdoch "without incident." The rifle the officer allegedly witnessed Murdoch with was recovered from Coleman, not Murdock, at the time of the arrest.

Documents state that the rifle is a semi-automatic .223 caliber rifle with 31 live rounds. Officers said the gun "was found loaded."

Investigators found a gun lock in Murdoch's possession, which he claims he was holding for a woman. Investigators also found social media video where Murdock allegedly alludes to having a gun, but later indicates he can't bring his "AR" out because "they" will be on him.

Unlike so many other times, it appears the City of Columbus intends to enforce the law in this case. So Murdock, who claims the gun he was photographed with was a paintball look-alike, will have his day in court.

Possession of a firearm by a convicted felon is punishable by up to ten years in prison.