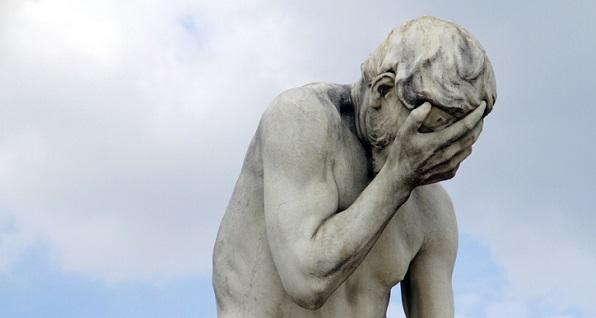 Whenever given the opportunity, Governor Mike DeWine continues to stump for his so-called STRONG Ohio gun control proposals. DeWine prefers to talk about the parts of the bill which he hopes will be most palatable to voters - namely increasing penalties for possession of weapons by repeat offenders.

As we observed in our legal analysis of DeWine's plan, these proposals would raise weapons possession penalties so that they are on par with murder and rape. As we noted:

As we have pointed out repeatedly, the problem is not a lack of laws, the problem is a lack of enforcement of those laws. And a recent investigation by Cincinnati's ABC affiliate, WCPO, makes our case yet again.

Blue Ash police found a semi-automatic rifle and 1,800 rounds of ammunition in the bedroom of Robert "Bo" Weber while executing a search warrant in August 2020. Weber was on parole for a gun-related crime. That felony conviction made it a crime for him to possess a firearm.

According to a Blue Ash police affidavit, someone admitted purchasing the gun for Weber, but the buyer wasn't charged.

A 2018 report from the U.S. General Accountability Office found people caught lying on federal firearms purchase forms are rarely charged, even though it's a felony.

The GAO report said there were 112,000 firearms transactions denied in fiscal year 2017 because of false information on federal firearms purchase forms.

The report stated those denials resulted in 12,700 cases investigated by Alcohol Tobacco and Firearms agents.

But according to the GAO, only a handful of these cases went to court. "U.S. Attorney's Offices had prosecuted 12 of these cases as of June 2018," the GAO report stated.

Whenever DeWine or another politician steps to the microphone to claim that new gun control laws are needed to prosecute crimes, they need to be confronted with these facts.

This kind of lack of enforcement of existing gun laws shows exactly why passing still more laws or increasing penalties is not going to have the effect on crime that they claim. This problem has been on full display in Ohio cities for many years.

In the past two decades, leaders in the cities of Cleveland, Columbus and Toledo have all claimed they just had to have new gun control laws in place in order to combat crime in their cities. Yet investigations showed that when the laws were put in place, they were rarely if ever enforced (see here and here and here).